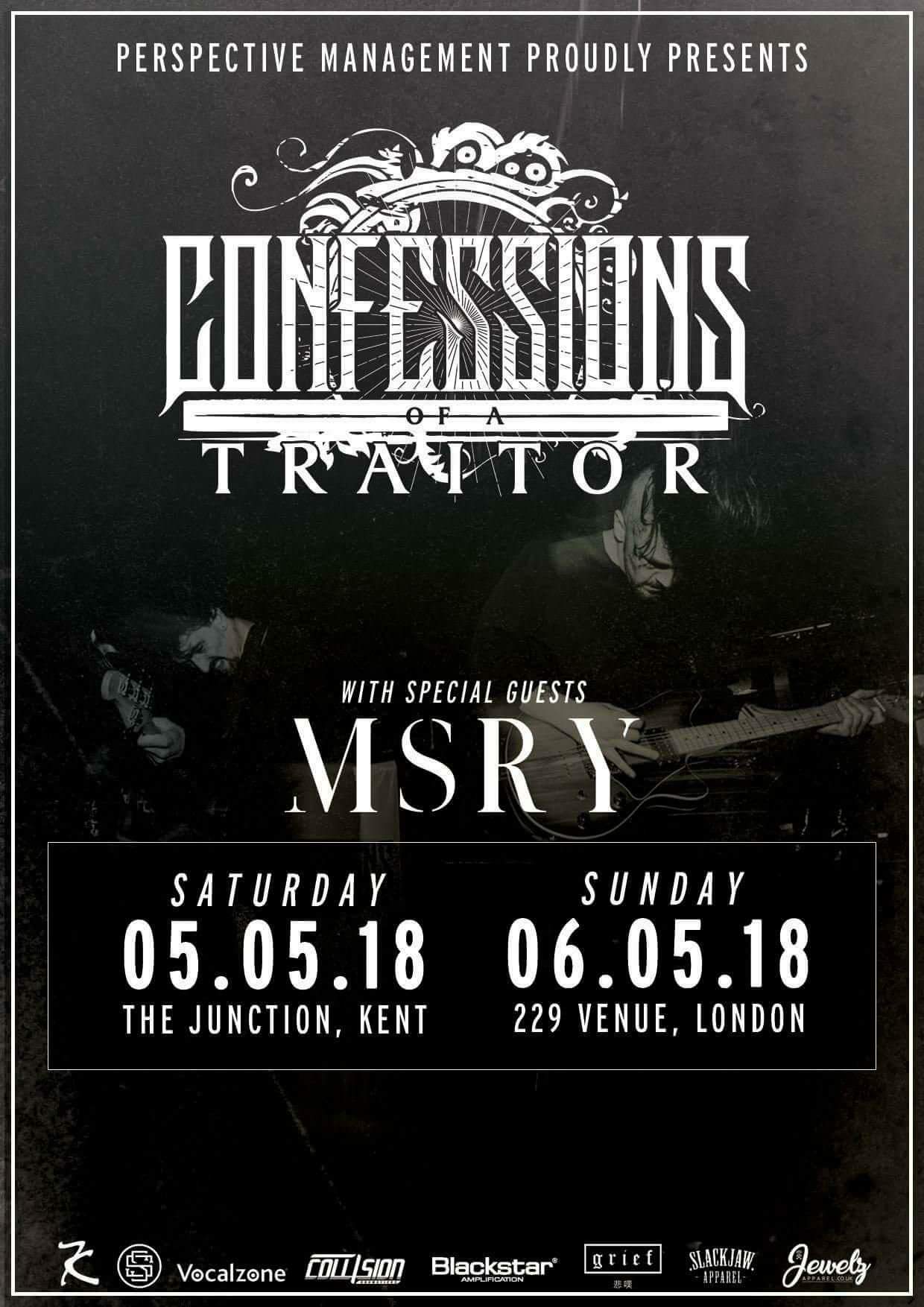 We had the joy of witnessing London’s Confessions of a Traitor in full force on the night of the final club show from Carcer City. They’ve taken a moment to record a Guitar playthrough for the longest title in the back catalogue “Through Struggle, Hope Will Anchor Our Souls”. They’ll be joined by Oxford Hardcore
Read More

Ever wondered what Deathcore heavyweights Chelsea Grin Guitarist Stephen Rutishauser uses on stage? Filmed on 17th March at The House Of Blues in Chicago Illinois, he takes Gear Masters through his stage gear for the “Eternal Nightmare” tour in this newly released clip!
Read More

Having brought you the Pro-Shot full set from Oldham County’s finest export Knocked Loose at the legendary Glass House in Pomona California, it only seems fitting that we should bring you drum cam footage of sticksman Kevin Kaine performing new song “Mistakes Like Fractures”! The Metallic Hardcore crew will be flying across Europe later this
Read More

In 30 days time on 30th May, another one of a rich vein of bands to come from the Australian Metal scene, The Gloom In The Corner, will be releasing an EP entitled “Flesh & Bones”. Featuring a guest vocal from Dylan Torre of Weeping Wound fame, the band have given us a taste of
Read More

Progressive Tech-Metal pioneers Periphery have unveiled a quartet of UK dates in November with Plini and Astronoid taking the roles of special guests on the bill. Whether the shows will see the band joined by bassist Adam “Nolly” Getgood as with previous UK dates remains to be seen but one thing is for certain –
Read More

Filmed on the 25th March stop of their World tour for their twelfth studio album “Cryptoriana – The Seductiveness of Decay” at The House of Blues in Chicago Illinois, this newly released edition in Digital Tour Buses “Bus Invaders” series sees Cradle Of Filth show off their lavish tour lifestyle!
Read More