Having spoken to drummer Levi Damiris in last weeks exclusive interview about the new album “Tyrannicide” from Brisbane Australian Thrash Metal act Asylum, this time out we are joined by mastermind Shane Robins who handled vocals, rhythm guitars and bass duties on the record that sends the band on their way to Metal enlightenment. No strangers to those in the know after the impressive pairing of EPs in 2013’s “Slaughterhouse” and 2016’s “Concealed Death“ who have also shared stages with the likes of Toxic Holocaust, Angelus Apatrida and Accept in times gone by, this is one you need to hear…

How did your previous experiences writing and recording 2013’s “Slaughterhouse” and 2016’s “Concealed Death“ help to smooth the path for “Tyrannicide“? “This time around we had a clear direction of what we wanted to achieve with album. With “Concealed Death” we recorded the guitars, bass and drums ourselves. That worked really well, so we knew we were capable of doing the same with the album”

How does the writing process of a new track start? Melody, riff or rhythm first? How does it evolve from there before you consider it the finished article? “Usually when we write a song, myself or Rob will have a few riff ideas and we’ll play around together as a band and see how we can improve it and work on the structure. The rest of the song builds from there and comes together naturally. We consider the song finished once a final demo has been recorded as we like to tweak things along the way”

What was the experience like working with Daniel Waldmann at Silent Underground Studios (Des Sherwood, Chasing The Goat, Gutter Tactic) who mixed and mastered the album? How did you come to choose him for the purpose? “Working with Dan was a pleasure. He mixed and mastered “Concealed Death” and did a really good job! With us recording the album ourselves we knew Dan was the guy for the job. He knew exactly what we were after and we couldn’t be happier with the result”

How did the appearances of Daniel Vine, Moosh Wuyts and Phillip Armstrong who provide backing vocals come about? “They have been friends and supporters of the band since the beginning and were more than happy to help us out”

Drums: A mix of close and room mics with some eq and compression on kick and snare into Pro Tools. DW drums and hardware and a mix of Levi’s favourite cymbals

Vocals: Sure SM7B through an API style preamp, 117 style compression”

What difference would it make to you as a band if you could land an endorsement from a gear manufacturer? “Getting a gear endorsement for the band would give us a big push in creativity and productivity knowing that a company has confidence in Asylum and what we can bring”

“Tyrannicide” by Asylum is out now and available over at bandcamp. 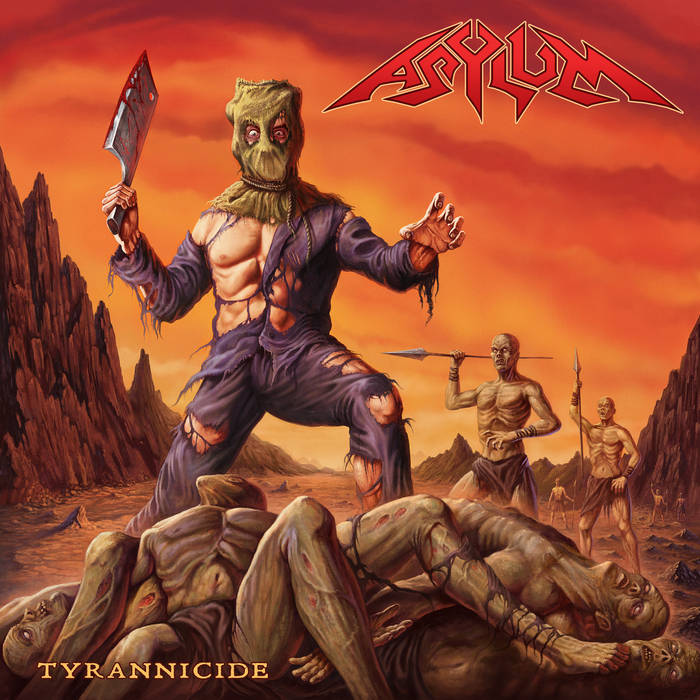