After their split EP “Gather & Mourn” premiered this past weekend, the arrival of a pro-shot full set from supergroup End (Fit For An Autopsy, Counterparts) filmed at The Foundary Concert Club in Lakewood Ohio on 9th July courtesy of Leo Sypniewski is a music to our ears. The split with Cult Leader finds both
Read More

Courtesy of 197 Media here’s a pro-shot full set from supergroup End (Fit For An Autopsy, Counterparts) filmed at 1720 Warehouse in Los Angeles California on 21st August and appears a couple of weeks ahead of the bands new split EP with Cult Leader titled “Gather & Mourn”. That is set for release through Closed
Read More

Including a guest appearance from Manuel Gagneux of Swiss avant-garde Metal band Zeal & Ardor supergroup End (Fit For An Autopsy, Counterparts) have announced a split EP called “Gather & Mourn” with Cult Leader for 9th September. Available for pre-order here it features artwork from Jacob Bannon of Converge with “Eden Will Drown” being released
Read More 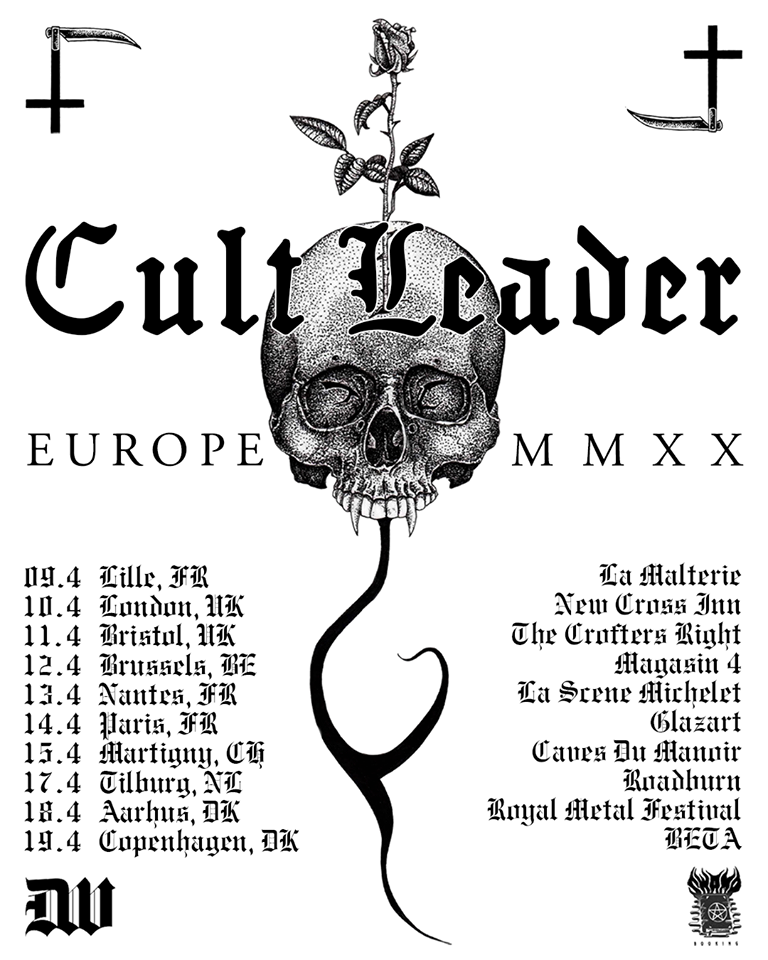 Skillfully avoiding the April showers will be Salt Lake City Utah’s only Progressive Crust act Cult Leader. They’ve announced a European tour trek around their appearances at this years incarnation of Holland’s Roadburn Festival and Royal Metal Fest in Denmark. According to the Roadburn Festival social media, they’ll be performing “A Patient Man” in full,
Read More

Ironically, Melodic Hardcore crew Birds In Row will be upon our shores with Cult Leader 12 months after this latest entry Digital Tour Bus “Crazy Tour Stories” series. They talk about their tour with Portrayal of Guilt in this episode which was filmed outside of Subterranean in Chicago, Illinois while touring current release “We Already Lost
Read More