Category: Where Are They Now

4 years ago, Pasadena California Metallic Hardcore crew Carried Weight were keeping some impressive company as their self-titled EP dropped and made waves as an Unsigned crew. While Traitors, Knocked Loose & Kublai Khan have gone from strength to strength and become household names in the current scene, regularly touring the World over, Carried Weight
Read More

Tulsa Oklahoma’s The Agony Scene have taken the scenic route back to us with a cryptic video that suggests that the band will be making a statement of some kind on 25th April. To think that the band first toured Europe in 2005 with Lamb Of God & Devildriver is amazing given where those bands
Read More

Detroit, Michigan Nu-Deathcore crew Gift Giver astounded when they switched from their previous Deathcore sound to a heavier version of Nu-Metal with Deathcore leanings for their third album “White Devil” in 2016. Having already received plenty of attention for previous effort “Sh*t Life” and being signed to Centry Media after infamously being turned away by
Read More

Having returned from the ashes in 2017 with two new singles “Vultures” and “Blackened Heart”, and a slew of live shows we spoke to The Arusha Accord‘s guitarist Tom Hollings at UK Tech-Fest last summer. The word was a new four track EP would be appearing in 2017 from the band via Basick Records featuring
Read More 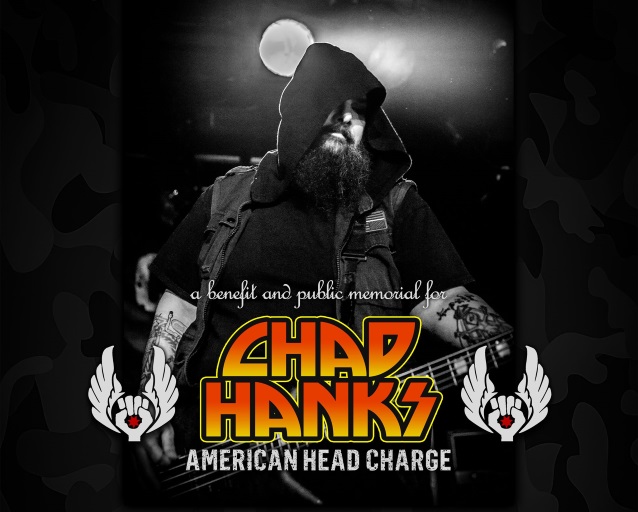 In heart breaking news, American Head Charge bassist Chad Hanks has sadly passed away after a battle with cancer. He was just 46. There are some touching photos in tribute over on theprp.com of his last moments. There are also details of a memorial fund to help pay for the funeral costs and final medical
Read More