Oklahoma wrecking ball Strangled pushed back the release of their self titled debut EP after successful drop of the anvil heavy “Mobilize” via the Slam Worldwide YouTube channel and has hit that 16k view mark. Recorded at Slamnasium Recordings by Mychal Soto and mixed by Bodysnatcher drummer Chris Whited at 1776 recordings, it should be
Read More

15th November saw Kubali Khan tear up The Foundary Concert Club in Lakewood Ohio with this 28 minute set! Their third full length “Nomad” out now via Rise Records was easily one of the highlights of 2017! Will the Sherman Texas Metalcore quintet be recording a new album in 2019? Only time will tell….
Read More

The Nomadic Kubali Khan were caught on camera at Masquerade in Atlanta Georgia on 10th November! “8 Years”, “B.C.”, “Antpile & The Hammer” and “Ghost Pains” all Pro-Shot from the Matt Honeycutt fronted Metallic Hardcore wrecking crew. Their album “Nomad” is a fine piece of work and out now, check out our review!
Read More 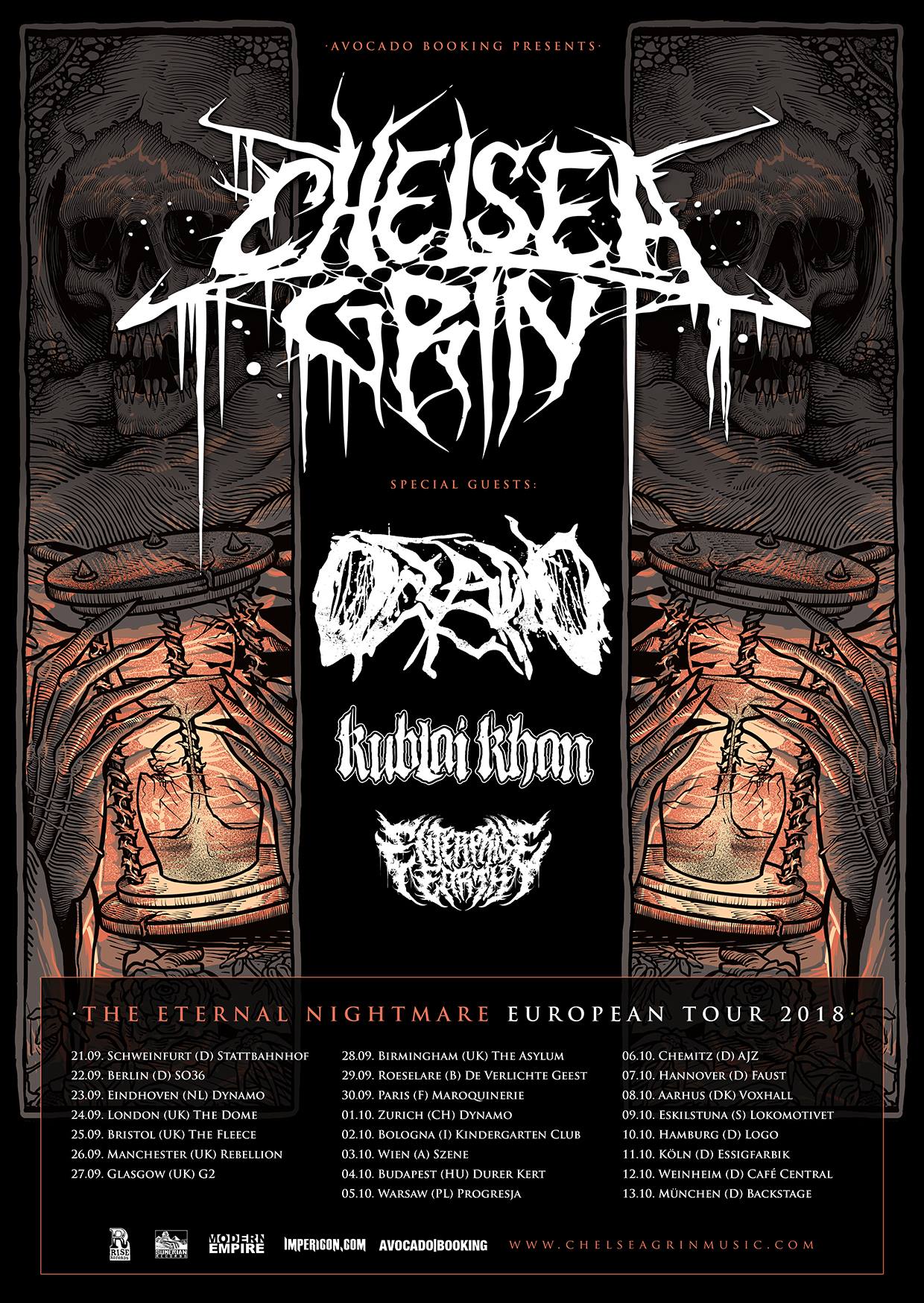 Filmed at the Canterbury Park, Shakopee Minnesota stop of this summer’s final incarnation of The Vans Warped Tour on 22nd July, Digital Tour Bus caught up with Deathcore heavyweights Chelsea Grin as part of their long running “Bus Invaders” series. They’ll be upon our shores with Oceano, Kubali Khan and Enterprise Earth in September in
Read More

Recorded, mixed and mastered by Wyatt Oberholzer at The Knife Lair with second guitars from Xavier Wilson of Past Hope, Year of the Knife (named after the Tears for Fears song?) released their 3rd EP “First State Aggression” back in May. It’s been an incredible year for the Newark Delaware hardcore crew who have played
Read More

As we head from Lincoln to Sheffield for this weeks entry into our Black Map of the UK Underground Metal Scene, for anyone who has heard their stunningly good “Self Supremacy” it should have been pretty damned obvious it was always going to be Malevolence. It has been a phenomenal year for the Sheffield bruisers,
Read More