Kevin van Geffen, guitarist and backing vocalist (ex-Breaking the Monolith) is the first member of Dutch Melodic Death Metallers Nephylim to be given the limelight with a fan Q&A style interview, something that the remaining members of the band will enjoy or endure over the next few months. Last year’s “Severance Of Serenity” is a
Read More

Dutch Melodic Death Metallers Nephylim have shared a live cut of “Dust Veiled Sky” from the  Musicon Den Haag event on 21st August. The track appears on the bands January released sophomore album “Severance of Serenity” which popped five years after their debut “Torn“. You can snap up a copy here and feel free to
Read More 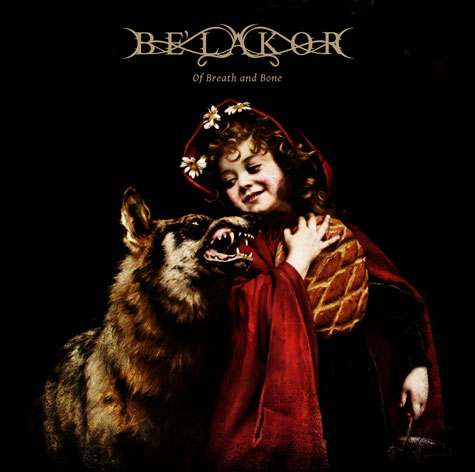 Using a copy of Gabriel Ferrier’s ‘Chaperon Rouge‘, depicting the instantly recognisable tale of Little Red Riding Hood, with a girl standing beside a Wolf bearing its teeth that has that mild threat to it makes for a fitting cover for any Melodic Death Metal album. It was chosen by Australian quintet Be’lakor, to grace “Of
Read More

31st January saw Nephylim take the stage at Wilhelm 2 Poppodium in Den Bosch Holland for the “Severance of Serenity” album release party! Culled from their set, here are “Reminiscence” and “Eye Of The Storm“. Their debut album is out now, check out our review and more importantly this band!
Read More

A five member Melodic Death Metal band from the Hertogenbosch and Apeldoorn regions of the Netherlands, Nephylim have taken influences including Insomnium, At The Gates and Omnium Gatherum and looked to create their own sound following their 2015 debut EP “Torn“. The time between now and then has seen them replace vocalist Lisa van Dijk (ex-Solemnus)
Read More

Dutch Melodic Death Metallers Nephylim have made the rare move of putting out an album teaser sampler for their 18th January releasing debut full length “Severance of Serenity“. The album is a follow up to their 2015 debut EP “Torn” due to line up changes and tragedy and includes artwork by Jarno Lahti from KAAMOS
Read More