Ever wondered how a musician gets their sound? Well a full live rig rundown is the classic way of finding out as they document what they’re using and for Alan Cassidy of The Black Dahlia Murder to achieve his signature drum sound there is an awful lot of Pearl and Tama going on. He uses
Read More

In 2001 when The Black Dahlia Murder first appeared on the scene, they were lumped in with heavy end Metalcore acts despite their clear Death Metal stylisations. Taking their name from the 1947 unsolved murder of Elizabeth Short, often referred to as Black Dahlia, 2020 sees the Waterford Michigan act delivering their ninth studio album via
Read More 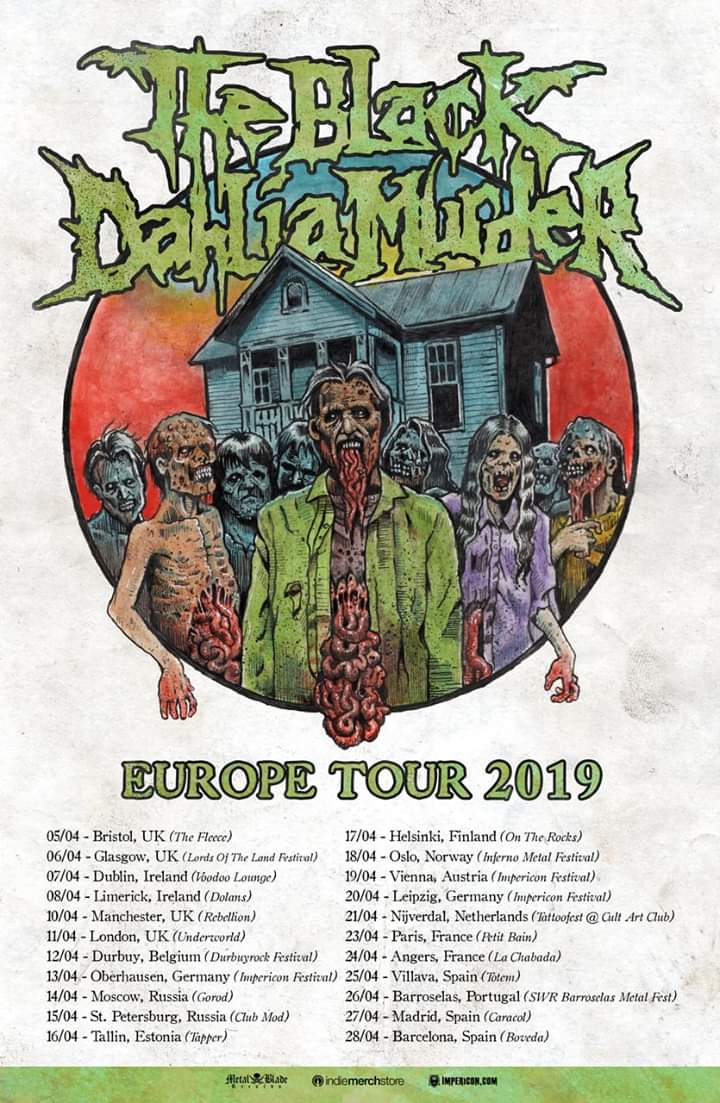 …and while we’re on the subject of Heavy Montreal, here’s “Widowmaker” from technical Death Metallers The Black Dahlia Murder, also filmed at Scène de la Forêt, on 28th July. It’s the opening song of their 2017 album “Nightbringers” which remains the fastest pre-ordered album in the history of their label, Metal Blade!
Read More