Pro-Shot at Aglomerat in Moscow Russia on 26th April, here’s a full set from Norma Jean. The Atlanta Georgia Metalcore crew are still touring 2016’s “Polar Similar” which appeared via Solid State Records, with sessions for a new album apparently taking place in January. This set includes “1,000,000 Watts” and “I, The Planet”.
Read More 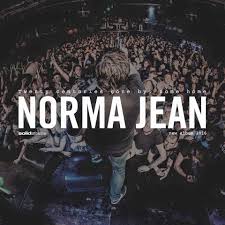 Norma Jean drop new video for “I. The Planet” from their current album “Polar Similar” out now via Solid State.
Read More