Head Ned has joined up with Alternative Press to give us a guitar playthrough breakdown of “White Wine Spritzer” from his band Okilly Dokilly! They’ve announced a decent run of UK shows with main support from Red Rum in October and November and with the London date at Camden Underworld falling on Halloween, it could
Read More 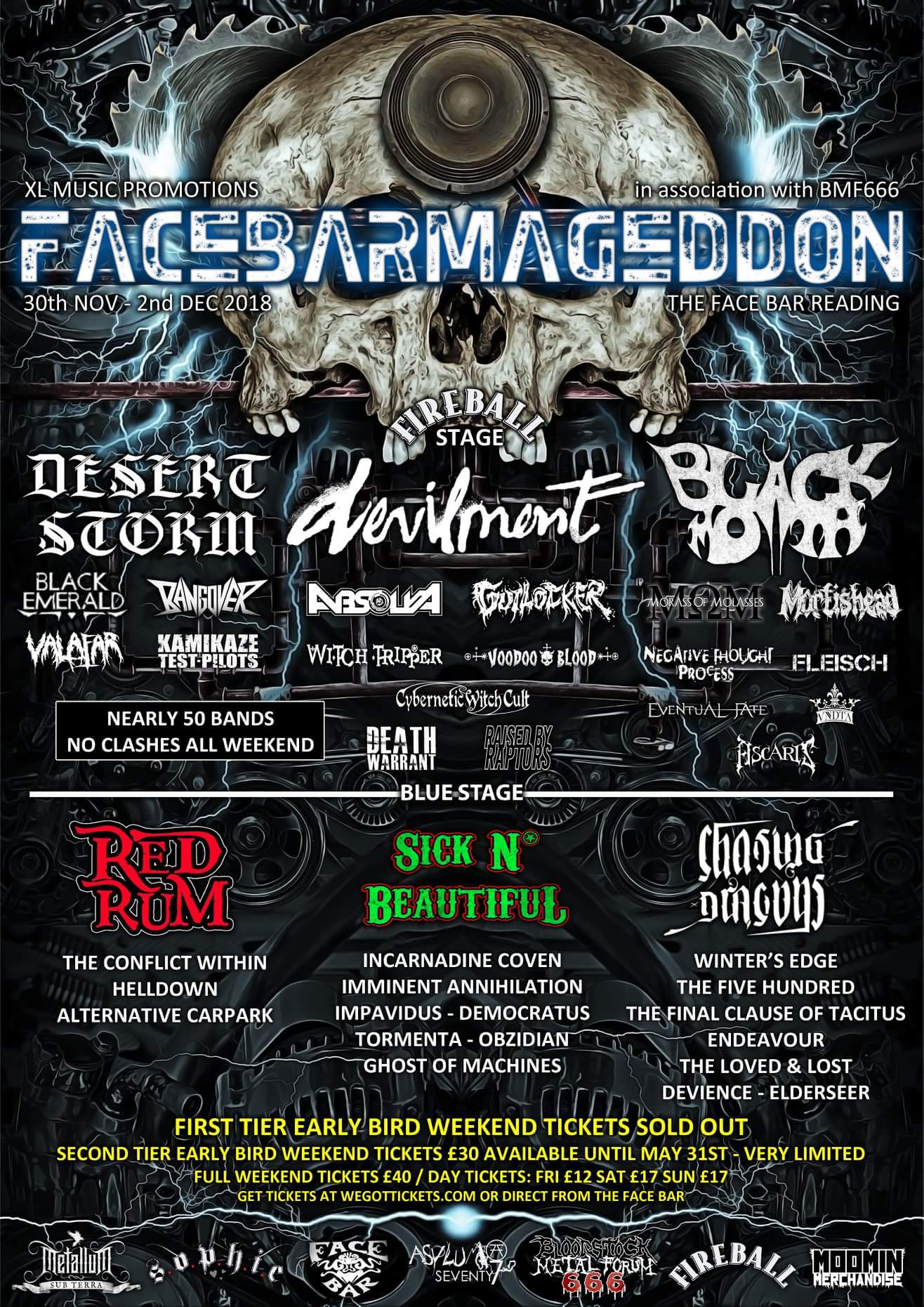 Tickets are selling pretty quickly but it’s worth pointing out that Reading Underground Festival Facebarmageddon is looking distinctly more Metal that the other Festival the city is famed for. Add to that the presence of Cradle of Filth side project Devilment headlining the Saturday and the likes of Red Rum, Gutlocker and The Five Hundred on
Read More