Pro-Shot by Loud Up for Hotel Radio at Leeds Temple of Boom on the opening night of the Strife and Risk It co-headlining trek through our European neighborhood, here’s a full set from the legends! “In This Defiance”, their 1997 sophomore album is an absolute pleasure, a Hardcore classic that took the band from the
Read More

Filmed at the 7th October stop of the Strife and Risk It co-headlining trek in Kesselhaus, Wiesbaden Germany here are the title track of 1997 classic album “In This Defiance” and “Force Of Change” from the Los Angeles Californian Hardcore homewreckers!
Read More

October will see Los Angeles Californian Hardcore legends Strife joined by Dresden Germany Hardcore crew Risk It for a run of European shows including a pair upon our shores. Ready Fest ’19 is the London show that will see them both share a stage with Knuckledust and Last Wishes among others. 3rd Leeds, Temple of
Read More 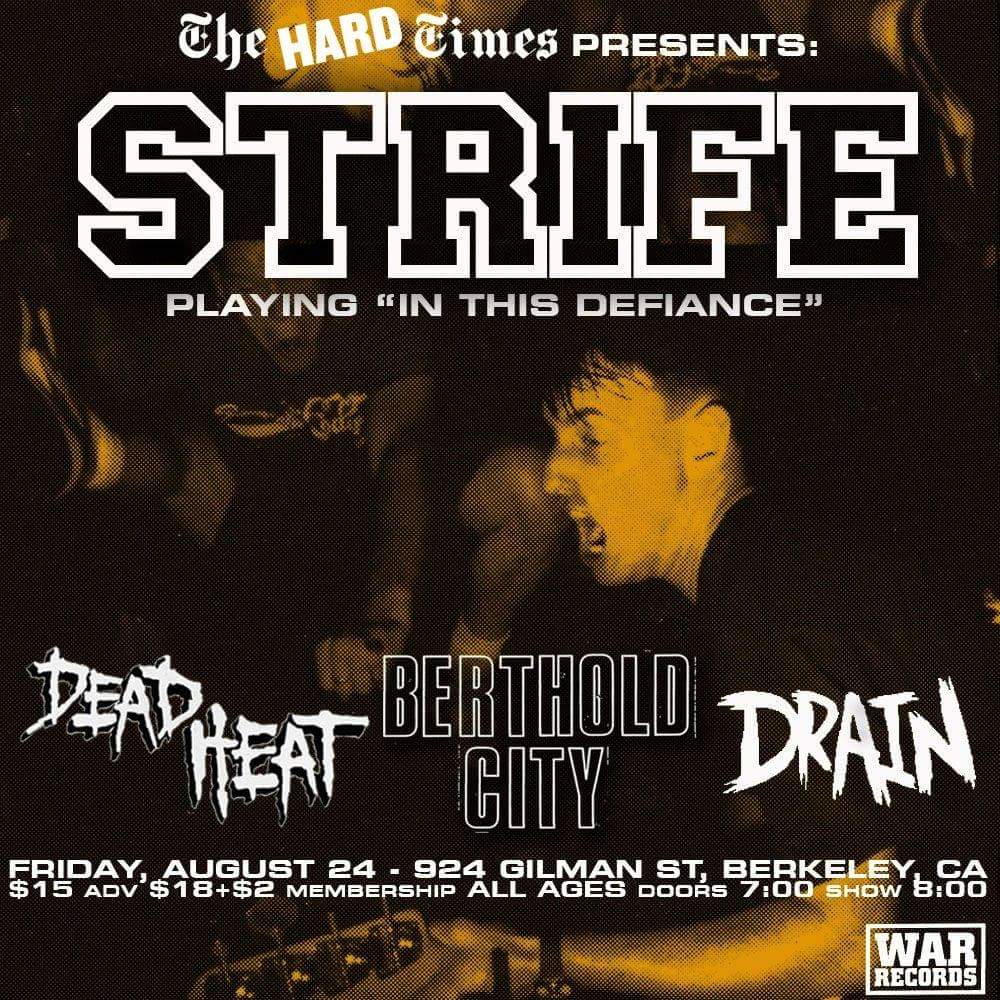 Pro-Shot by 197 Media on 8th March at The Locker Room in Garden Grove, California this is a set from Los Angeles Hardcore quartet Strife! Straight Edge Activism is the order of the day with 2017’s “Live At The Troubadour” their current album release.
Read More

Lost Angeles California Hardcore vets Strife playing a full set at “For The Children 2017” in their home town. Pro-Shot in High Definition of course. This one was filmed at The Echoplex. Six years ago they dropped “Witness a Rebirth” recorded in Brazil with Igor Cavalera of Sepultura and Cavalera Conspiracy fame playing the studio
Read More