Tag: The Root Of All Evil 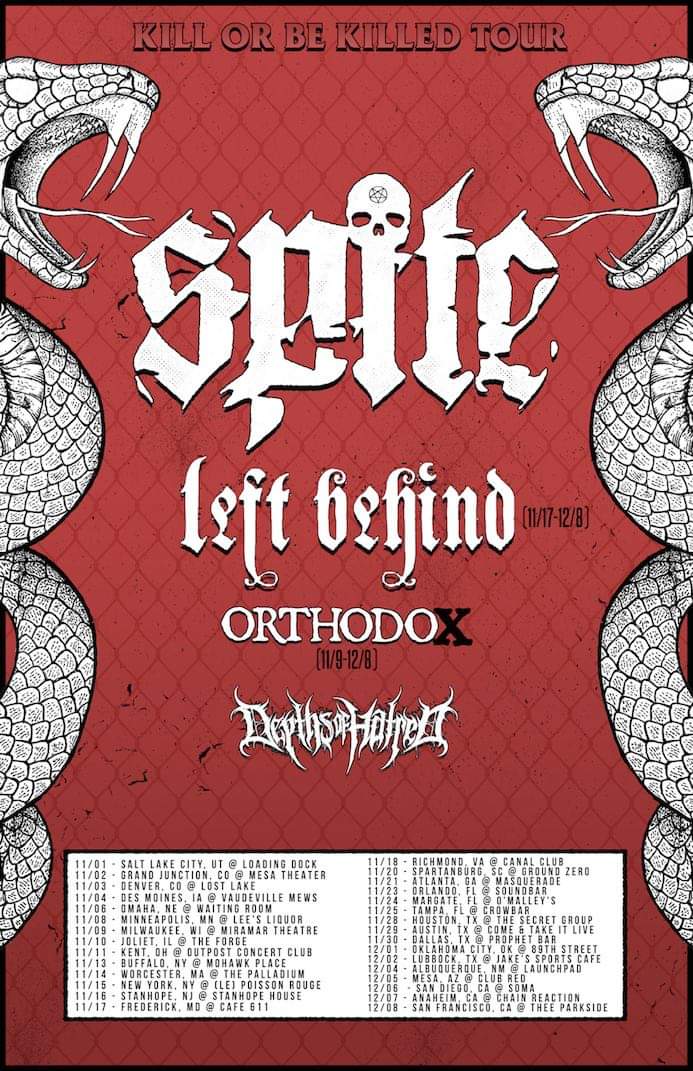 That’s correct. We’ve used a 2018 tour poster for this freshly put together pro-shot live set from Spite at The Foundry Concert Club in Lakewood Ohio that took place on 10th March 2020. It comes courtesy of Leo Sypniewski and includes “Reign In Hell“, “Kill Or Be Killed” and “Judgement Day” and was just three
Read More

That’s right. 197 Media have thrown out footage from a dedicated drum cam trained on Spite sticksman Cody Fuentes during their earlier showcased Pro-Shot full set from Chain Reaction in Anaheim California on 15th February. The ongoing “The Root Of All Evil” tour for the album of the same name has another month to run,
Read More

Pro-Shot at the iconic Chain Reaction in Anaheim California on 15th February 2020, here’s a full set from Spite courtesy of 197 Media. The Bay Area Deathcore heavyweights have “The Root Of All Evil” out now via Stay Sick Recordings. How they made Alternative Press up and coming Deathcore acts after 5 years and a
Read More

If the love of money is the root of all evil and all wrongdoing can be traced to an excessive attachment to material wealth, then does a love of Spite trace back to a love of Deathcore? Filmed at “The Root Of All Evil” release show, here’s “Drown Me” from the Deathcore heavy hitters. The
Read More

The Album Release show. Anyone out there looking to put one on, if the album drops on a Friday that release show only counts if it’s that same weekend. The first show after it drops doesn’t count if it’s a month or more afterwards! If you’re waiting a month before playing your first show of
Read More

We’re back at The Phantasy Nite Club in Ohio for this next Pro-Shot full set from the Man, the Myth, the Legend that is Leo Sypniewski. Deathcore titans Spite were in town on 8th November and with fresh cuts from Octobers powerhouse “The Root Of All Evil” in the set, this is top drawer stuff!
Read More

4th October. Jobs list: take out the trash, post sisters birthday card, pay water bill, buy a new tooth brush… Listen to “The Root Of All Evil” by Spite! Stay Sick Recordings want your pre-orders here so they’ve dropped a music video for new song “The Offering” to get you in the mind set. Once
Read More

In what one of our co-conspirators Gecko thinks is a cheeky Terminator 2 reference, Spite have delivered a real vulgar display of power with brand new single “Judgement Day”. The second new tune from them in recent weeks also comes with the news that Stay Sick Recordings will be delivering their new album “The Root
Read More