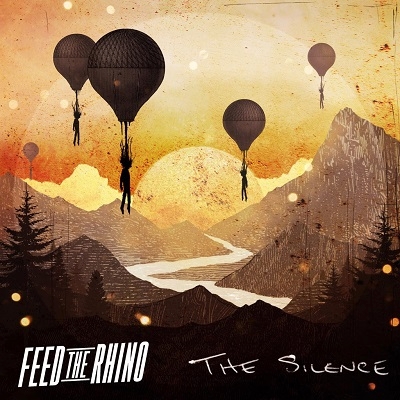 There are certain bands that just give you the feeling that when they call it a night, they’re gonna be back and it has to be said that when Feed The Rhino were caught on camera playing a reunion set for “Long Live Ant Allen” at Leadmill in Sheffield on Saturday 25th September 2021 by
Read More

Another one of the UK’s much loved bands, Feed The Rhino announced that they’ll be exiting stage left after a final show at Camden Underworld in May. Filmed at Bloodstock Open Air Festival in 2018, here’s the bands full set from the Ronnie James Dio Stage. No holograms were harmed in the production of this
Read More

Kent Metallers Feed The Rhino have announced a quartet of September dates in support of their current album “The Silence” out now via Century Media in the North of England. Support? Still To Be Announced! 20th Newcastle, Think Tank 21st Glasgow, The Garage 22nd Birmingham, The Asylum 28th Manchester, The Star and Garter
Read More

Kent Hard Rockers Feed The Rhino returned in February with their fourth album via Century Media. It’s one that was highly anticipated with the band having decided to take a break in 2015 and three years on, the question was, like a prize fighter returning to the ring, did they still have what it takes? The album starts
Read More

Time for a classic. Arlington Texas quartet Pantera were without doubt one of the biggest bands in Metal. There influence is felt far and wide and when we’re still talking about a band whose run was from 1981 to 2003 some 15 years on, there must have been something decent about them. As of August 2017 they had sold 60 million albums World wide,
Read More

Feed The Rhino talk to The Mike James Rock Show before their Exeter show about new album “The Silence” and taking time away from the band in this new interview. The album is out now via Century Media.
Read More

Taken from their upcoming new album “The Silence” out 16th February via Century Media, Feed The Rhino have released new track “Losing Ground”. The band will kick off a UK headlining run on 20th February allow you just four days to learn all the lyrics to the new material for the sing-a-long chrouses!
Read More

Feed The Rhino have released the second tease from their upcoming new album “The Silence” which will appear 16th February via Century Media. The song, entitled “Timewave Zero” and be viewed here; The band will tour the UK in support of the release on this tour;
Read More

In a massive update over the weekend, Feed The Rhino released new single “Heedless” taken from their upcoming album “The Silence”, out February 16th 2018 via Century Media along with a set of tour dates. Tour support is TBC. February 2018 Tue 20th – Bristol, The Exchange Wed 21st – Exeter, The Cavern Thu 22nd –
Read More