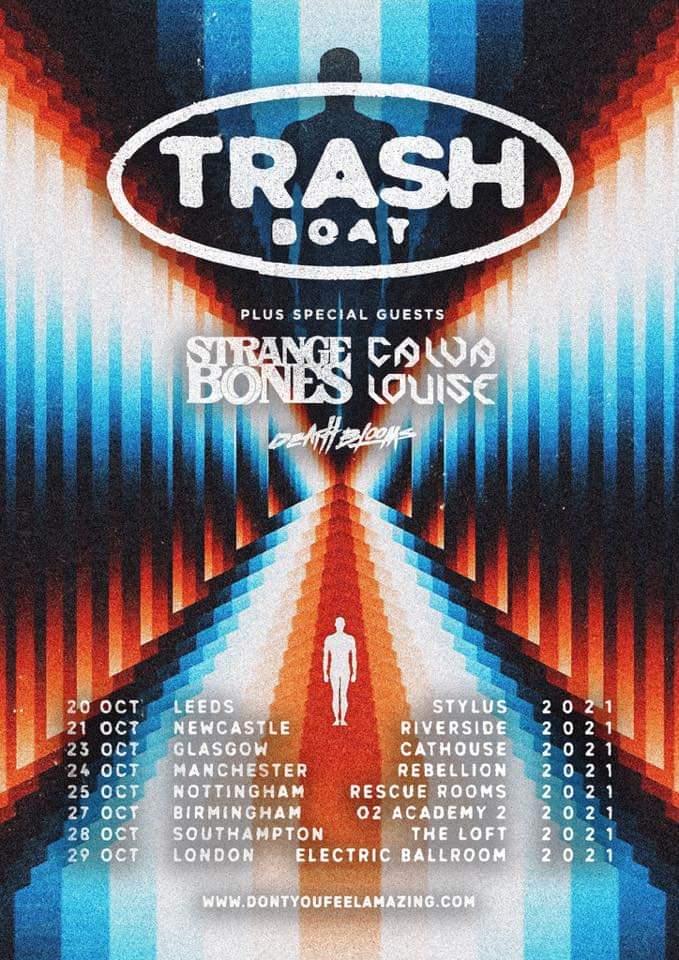 Liverpool Gore loving quartet Death Blooms have announced they will be joining Strange Bones and Calva Lousie in supporting big in America Trash Boat on an October headlining tour for their 13th August drop “Don’t You Feel Amazing?”. That news follows them being shortlisted for the 2021 Heavy Music Awards, proving that all you need
Read More

It’s also not long until 1st March and the release of the new While She Sleeps album “So What?”. The Sheffield Metalcore heroes will be headlining a show at London’s Roundhouse on the day of the release that will see them sharing the stage with Stray From The Path, Landmvrks and Trash Boat. In the
Read More

Sheffield Independent Shredders While She Sleeps have released a music video for the recently streamed single “The Guilty Party” that… well, it’s got Ukrainian sub-titles. It’s the third single following “Anti-Social” and “Haunt Me” from their upcoming fourth album “So What?” available via Sleeps Brothers on 1st March. Pre-orders are available here. There are 4 UK dates on their
Read More

Filmed in Melkweg Amsterdam Netherlands, here’s fan filmed footage of “Silence Speaks”, “Our Courage”, “Hurricane”, “You Are We” and “Brainwashed” from independent Sheffield Metalcore heroes While She Sleeps. The band will release “So What?” via their own Sleeps Brothers label on 1st March and announce the album with the final date of their European tour
Read More

Sheffield Metalcore Masters While She Sleeps have premiered a second new song from their upcoming new album “So What?” Entitled “The Guilty Party”, the track will appear on the album that is out on 1st March – the same date as the final UK show on their album release tour – which itself takes place
Read More