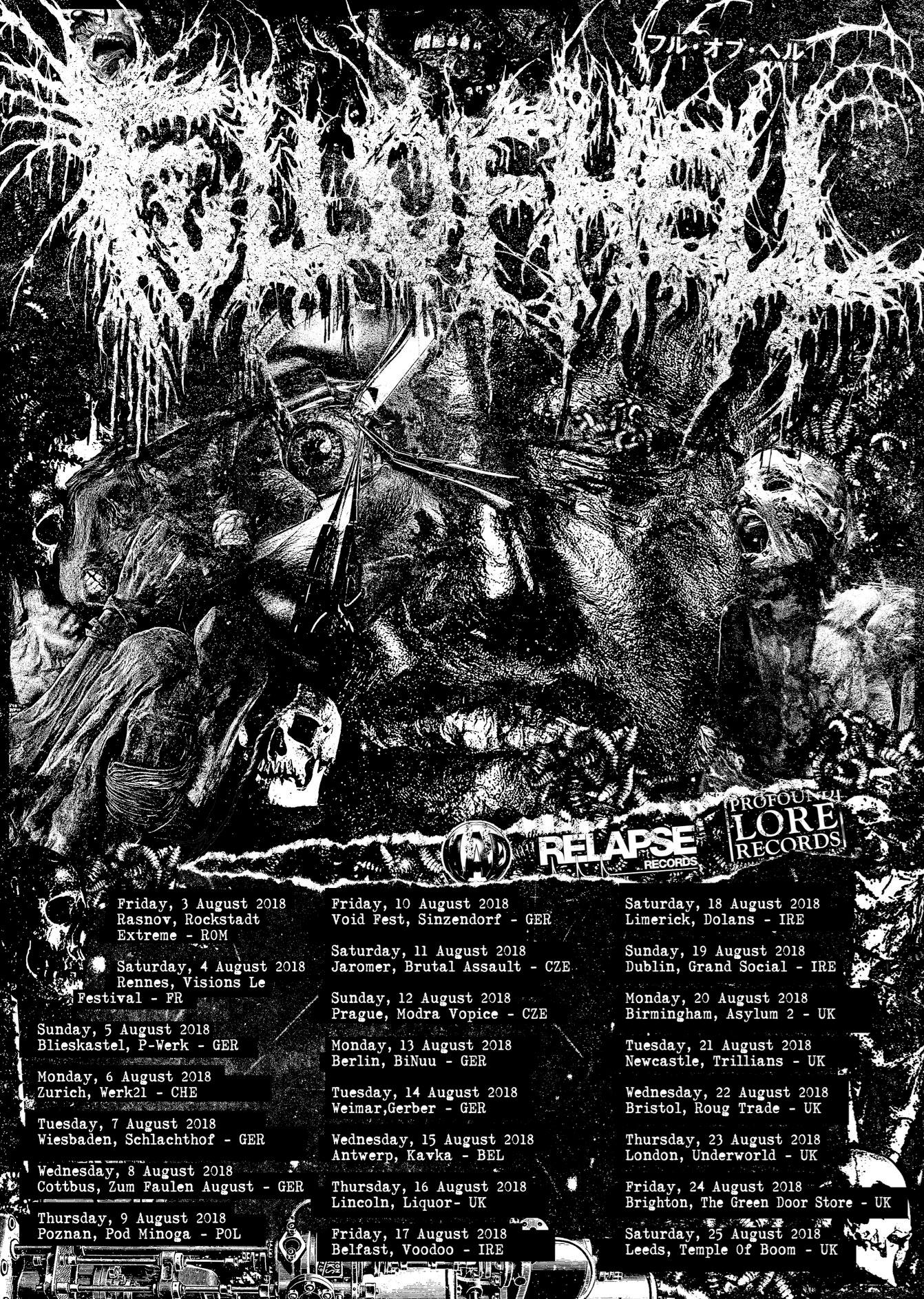 Filmed at the Voltage Lounge in Philadelphia Pennsylvania on 10th October, here’s a Pro-Shot full set from Full of Hell! Having announced their signing to Relapse Records in February, the Grindcore Quartet have been touring 2017’s “Trumpeting Ecstasy” while writing it’s follow up. Given it made Exclaim! Magazine’s top #10 albums for 2017, it’s going
Read More

August will see Full Of Hell back upon our shores for a decent run of dates with support TBC. The band have new album “Trumpeting Ecstasy” arriving on 5th May… but have announced their signing to Relapse Records and that work has started on the next album! For now, “Trumpeting Ecstasy” pre-orders are available here.
Read More