Tag: You Are We

Directed & Edited by Aaron McKenzie, Sheffield’s independent Metalcore heroes While She Sleeps have released a 16 minute short film about touring life entitled “The West”. The film was shot in the latter part of 2017 while on tour in America. The bands current album (as if you didn’t already know) “You Are We” is
Read More

10,000 people have arrived at London’s Alexandra Palace, having travelled far and wide to be at the only UK date of Architects, While She Sleeps & Counterparts European tour. Indeed, Norwegian, Spanish and Dutch are all heard in the queues that form outside the iconic venue before tonight’s show.  Hamilton, Ontario, Canada natives Counterparts [8/10]
Read More 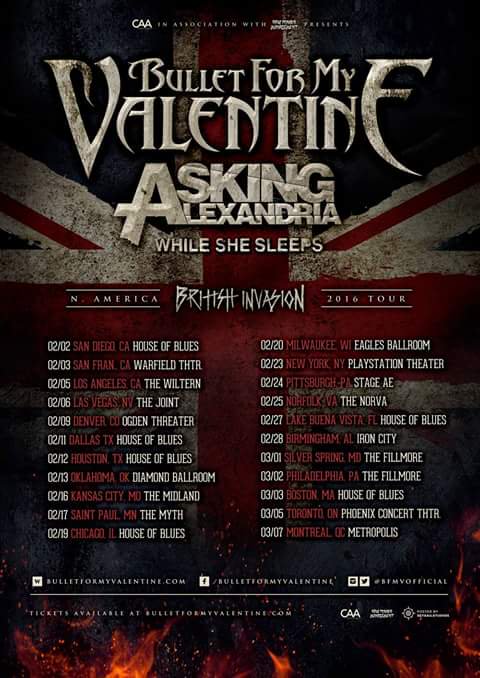 Filmed at the Phoenix Concert Theatre in Toronto, Canada on 3rd March 2016, here’s a full 30 minute set from While She Sleeps on the British Invasion tour!
Read More

Taken from their critically accliamed recently released “You Are We” album, While She Sleeps have dropped a new music video for “Steal The Sun”. The band have a handful of European dates including Reading & Leeds Festivals before heading out the the US and Canada in October.
Read More