Melbourne Australian quintet The Bones Of God, a band who feature in their ranks members of Suldusk, Myriad Drone, The Valley Ends and now defunct New Zealand Tech Death titans Zerstiren, threw down the gauntlet for Blackened Death Metal with their debut EP “EOS“. Abrasive guitars, spine shattering blast beats and ferocious vocals is what it provides in spades and we were lucky enough to speak to vocalist Frederick Bain about the EP, the band, their aspirations and influences…

Reading your mission statement – “Exploring the sum of all human endeavour: the horror, the filth, the grim triumph, and the absolute desolation of life as we feed off our Earth, insects picking clean THE BONES OF GOD” got us thinking that given your rich pasts with bands like Suldusk, Myriad Drone, The Valley Ends and Zerstiren, why The Bones Of God and why now? What does this new project give you that those didn’t? Personally I have only been involved with Zerstiren, which was where I really developed as a musician and found my vocal style. Unfortunately Zerstiren called it quits in 2012/13, so it’s been a good few years since I’ve done anything music-wise. I think The Bones of God is a different part of the spectrum of our collective musical tastes, it’s definitely the most brutal and visceral project I’ve been involved in, and I think I can say the other guys would agree. Lyrically, Bones really is generally about trying to find fragments of hope and kindness in the world but being constantly assaulted by the sickness and depravity of humanity, both towards each other and the natural world. I think musically that same ethos is reflected as well; glimpses of something epic and triumphant that are smothered by dissonant claustrophobia.

How was it that bassist Josh Taylor is the man behind the guitar solos on “Cold Clarity” and “EOS”? He does a fantastic job! Josh originally started on bass but he’s such a god on guitar that it was a waste to have him on bass, so Shane stepped to bass which also allows him to concentrate on the clean vocals live.

How difficult was it to decide to incorporate those clean, almost ethereal choral vocal parts that feature throughout the EP? Was there any band tension about including them as they might not be for purists taste? I’m a huge fan of clean vocals in extreme music, though they obviously need to be used very carefully. I think the fact that we all have pretty broad taste when it comes to music, metal and otherwise, that we are never going to strive for one particular sub-genre or restrict any form of expression. Personally I have zero interest in conforming to some ideal of what a metal band is and isn’t allowed to do, I love the cleans and think Shane has done an incredible job on them, dynamics are more important than anything.

In our review we’ve mentioned you giving the likes of Vulvodynia frontman Duncan Bentley a run for his money with his phenomenal vocal range, Who are the bands influences when it comes to vocalists and why? Well thanks! As i said, dynamics are paramount, I’ve always tried to use as broad a range of vocal styles as possible for this reason. My first vocal influence was from an early album from an old New Zealand band; “The Law of the Strong” by Dawn of Azazel. It was the first extreme metal album I owned as a youngster and was a huge influence on me, trying to emulate this horrific guttural black metal mid-tone. For the low end on stuff I was influenced early on by Opeth and Tucker-era Morbid Angel, mainly for not sacrificing enunciation for brutality. More recently stuff like Wormed and Artificial Brain have me striving for more depth. But overall I think once again the vocalists that engage me the most are the ones that have the most dynamic repertoire of styles to draw on, Cattle Decapitation is a huge inspiration, Akercocke, Aborted, Voices, Ruins of Beverast, Benighted, Cephalic Carnage, and although I would never dare try and emulate him, Devin Townsend is I think the most accomplished vocalist out there, absolute virtuoso, though definitely more to the melodic end of the spectrum.

What was it like recording, mixing and mastering the record in house with bassist Shane Mulholland at the helm? Was it nice not to have an external person as an outside influence who might not share the bands vision for the record? I’ve been working exclusively with Shane in his capacity as a sound engineer for probably 12 or 13 years now so can’t really imagine working with anyone else at this point. It’s been amazing to watch him evolve over the years as his technical capabilities rise to meet his artistic visions. The last few years in particular he’s definitely pushed me to grow as a musician, forcing me to confront some weaknesses I have, and work my way through them to get the best out of my voice. I’m excited to see what disgusting stuff we can dredge up for our upcoming full album.

If you could come over to Europe for a tour run, who would you like to bring with you from your local scene? Who are the bands we should be checking out on your recommendation? Well that would be the ultimate goal wouldn’t it? Would have to be the guys from Nemesium and Ame Noire along for the ride for sure. The Melbourne scene is pretty huge and diverse, so that coupled with the virus-induced death of the music scene in the last 5 months means we haven’t quite worked out where we fit yet. Ne Obliviscaris is probably Melbourne’s biggest metal export, but there’s some serious talent in the underground here, Whoretopsy, Abramelin, King Parrot, Disembowelment and many more. 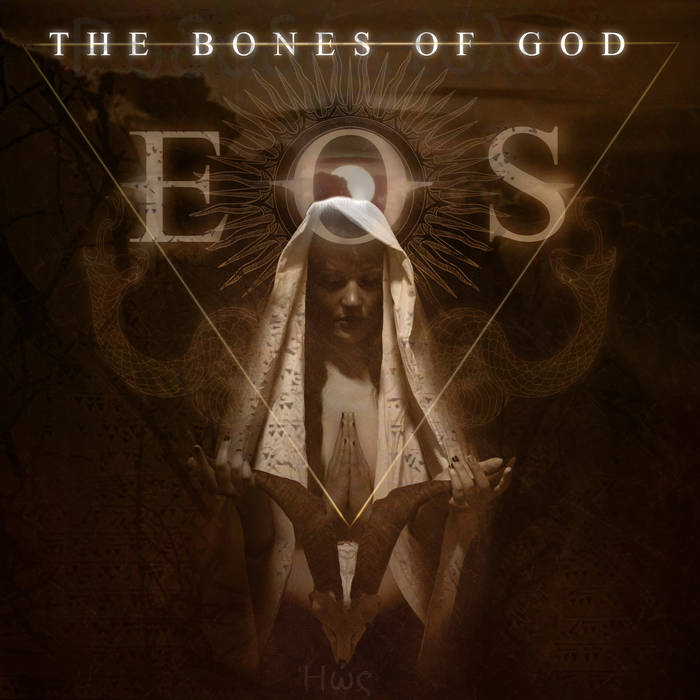 Tags:EOS, The Bones Of God