Skip to content
HomeReviewReview: “Servants of the Outer Dark” by Thirteen Goats

What happens when you take a classically-trained Shakespearean actor with a master’s degree in theatre from the New School for Drama (formerly the Actor’s Studio Drama School) in New York City, the sole member and songwriter of one-man black metal project Snakeblade and the son the drummer in a ’70s-style rock band called The Wee Band? You find yourself with a Canadian Death Metal act inspired by American Death Metal masters like Deicide and Cannibal Corpse that run on themes ranging from the political to things like cooking and eating your enemies. That band is Thirteen Goats. Produced by the band, mixed and mastered by Diego Fernandez-Trujillo and with album artwork by Jeremy Famir, their debut record is one called “Servants of the Outer Dark”…

Quite how vocalist and guitarist Graham K. Miles managed to do this we’ll never know but having gotten into a Motorcycle accident midway through the recording process he performed all his guitar solos on the record with a broken finger and both wrists sprained. He’s joined by guitarist and vocalist Rob Fitzgerald alongside Mike Redston on bass and acoustic guitars and while that opening line might sound like a solid excuse for a poor performance, the guitars are incredible despite all the odds. Opening cut “Servant of the Outer Dark” is scorcher in Melodic Death Metal, the unexpected clean vocal parts a welcome surprise as the band offer up a varied and at times theatrical performance that dances on brain in over the top style. There is an element of tongue-in-cheek humour makes the album darkly good fun as well as having riffs galore but the band also have a serious side and everything is very well balanced, they’ve absolutely nailed the mix. The rampaging “Return to Ruin” brings earworm leads and Lamb Of God inspired Groove Metal moments as well as having time to shoehorn in a fretboard smoking solo. A thought provoking cut that talks about the failings of the Government and large corporations with eyes on bleak times ahead with a rising tide of political extremism, wealth inequality and an environmental crisis, it still manages to be a headbangers delight. Such is the power of Metal.

“Prisoner’s Anthem” then takes things in a Thrash fuelled direction, borrowing a little from the Municipal Waste playbook to create a high energy call to a circle pit; however its blown out of the water by the torpedo that is “Unholy Mass“. An incendiary cut of fierce sonic abrasions and caustic vocals, it’s a Canadian head charge that could have opened the record. The early Metallica inspired “Constant Torment” may have it’s rhythmic heart on its sleeve but the solos are out of this World as the band continue to pull out all the stops in pursuit of their vision of Metal perfection, the unrelenting quality of the record testament to the musicianship of each of the players. Time after time lightening in a bottle has been captured with these performances, the high octane energy and pounding rhythms a call to the mosh pit you simply can not deny. Those Thrash roots remain on show with the pure evil that is “Vacuum-Induced Head Explosion“, the gore of heads exploding like grapes making for a hilarious concept fit for a low budget horror film. All you need is love? No. All you need is Thirteen Goats. Their debut album has everything your heart could desire in a Metal record, it’s a metaphorical pizza with all the toppings and better thrill ride of a first crack we defy you to find! [8.5/10] 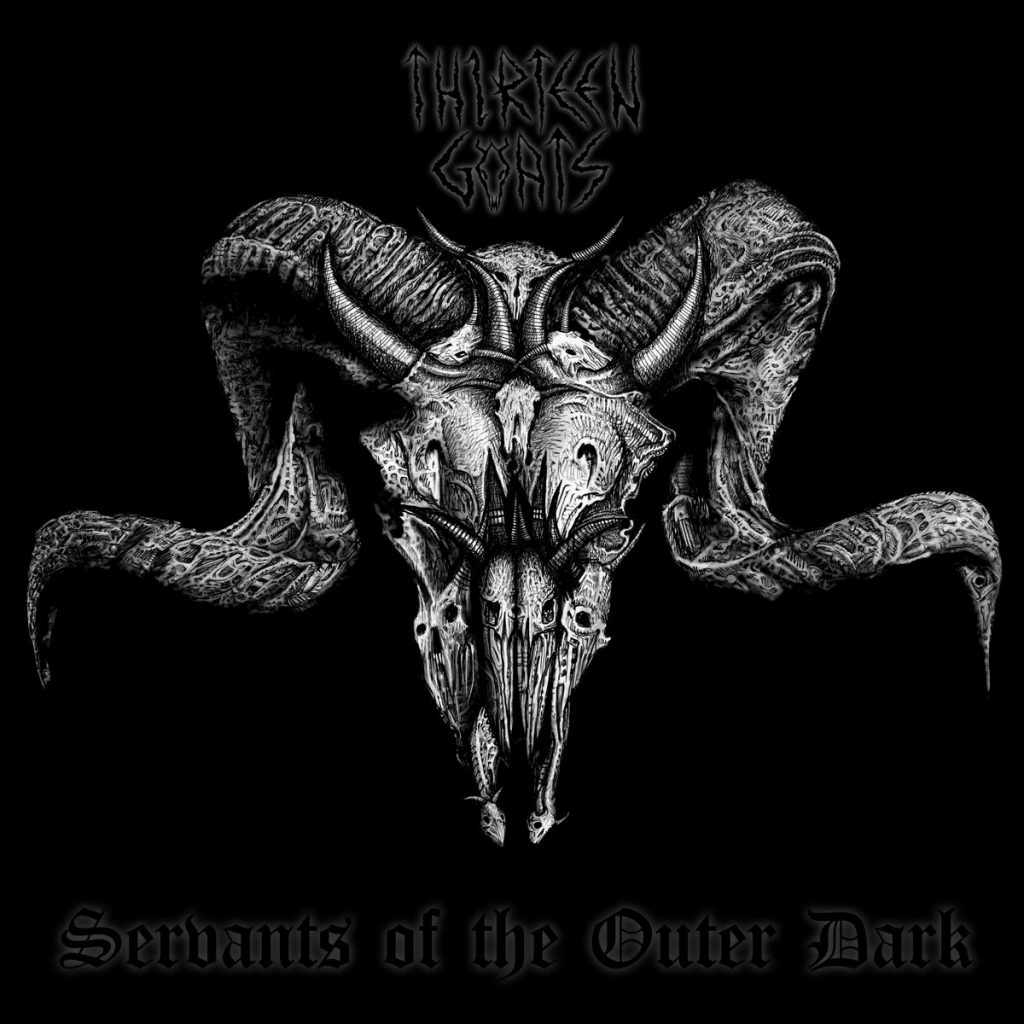