Last week saw the release of the debut album from Anchillys titled “Elan Vital”, a solo project from multi instrumentalist Andy Wit that explores his own love – hate relationship with human existence inspired by an inner meditative odyssey and has been in the works for somewhere in the region of a decade. It hasn’t been his sole focus as he has been playing guitars in Once Begotten and a touring bassist in Dictated but this album has been all his own work with the exception of the artwork…

Listening to “Elan Vital” is a jaw dropping experience, not only because it’s an impressive album but the fact that you did literally everything aside from the artwork and did such a great job is mind blowing! How have you found the reaction to “Elan Vital” amongst those who have heard it so far? “First of all: thank you very much for that, I appreciate the kind words! It had been amazing so far, as the actual release was right at the doorstep some very nice reviews came in. It’s a new experience for me to read how my work comes across to people that I don’t know, which -as a composer- is of course a general insecurity: “how do other people take what I’ve written, will it be understood or will it only make sense to the creator and a big blur to the audience?”, especially in this type of hectic genre. Friends and fellow musicians that’ve heard it did take quite some of that insecurity away, telling me that I actually should push to release (I was ready to put in on the shelf to collect dust..!!) after finishing the CD. From my family, of course, was quite some emotional experience when I finished. Proud and loving folks!”

You’re known as a guitarist and a bassist with Once Begotten and Dictated in a live capacity; how long have you been working on your vocal and drum skills before unleashing them on the World with this beast of a record? “I’ve actually picked up vocals, not much longer after guitar, quite before bass even. I’ve been a vocalist in a few bands with some live shows, but those never really got familiarity. I’ve picked up drums, from pure frustration, actually, because I couldn’t find a drummer capable or willing to play these type of parts. So I’ve just bought a cheap kit, picked up the sticks and I guess I never stopped..! Absolutely fell in love with it”

When it comes to the drums on the album it very much sounds like you’re playing a real kit as opposed to using a drum machine – is that the case? Either way, aside from a couple of flat cymbal hits on one of the cuts it is very hard to tell which is impressive! “That’s absolutely the case! It’s all live and actual drums, except for the kick triggers but I guess there’s not really any dodging in that anymore in this day and age (+genre) and still, those are live kicks played and recorded as they are”

What made you decide to create “Elan Vital” alone? Were there ever any points at which you thought about bringing others in to get it completed sooner?  “It was never meant to be a solo project to begin with and it did meet a bunch of past members. So like I mentioned about picking up drums, it’s mostly frustration of not being able to find members that actually want to go all in. People either wanted it and couldn’t get to play the level of the compositions, or people were actually able to play it but never took it serious enough or personal/life issues came along. At some point I decided not to count on anyone other than myself and if anything didn’t go as it should: I’m the only one to blame and to solve it”

If we are the product of our genes and our influences, who are your influences and what’s in your jeans? “Absolute main influences have been bands like Suffocation, Dying Fetus, Deeds Of Flesh, Cannabis Corpse, Cannibal Corpse, all the obvious examples in the genre. But also some Black Metal and weird shit, like psychobilly and stoner metal here and there. But the main factor will always be life’s emotions”

What’s next for Anchillys? Do you have plans to flesh out with a full band to play these compositions live? “Putting this on stage was always the bigger dream! Playing it by myself, or with members in sessions will never get boring. But to put it on stage will bring new meaning to this existence and I cannot wait for this to happen! So if any musicians are reading this NL/DE/BE, who might be interested in collaborating and making it happen, please feel free to contact Anchillys! info@anchillys.nl” 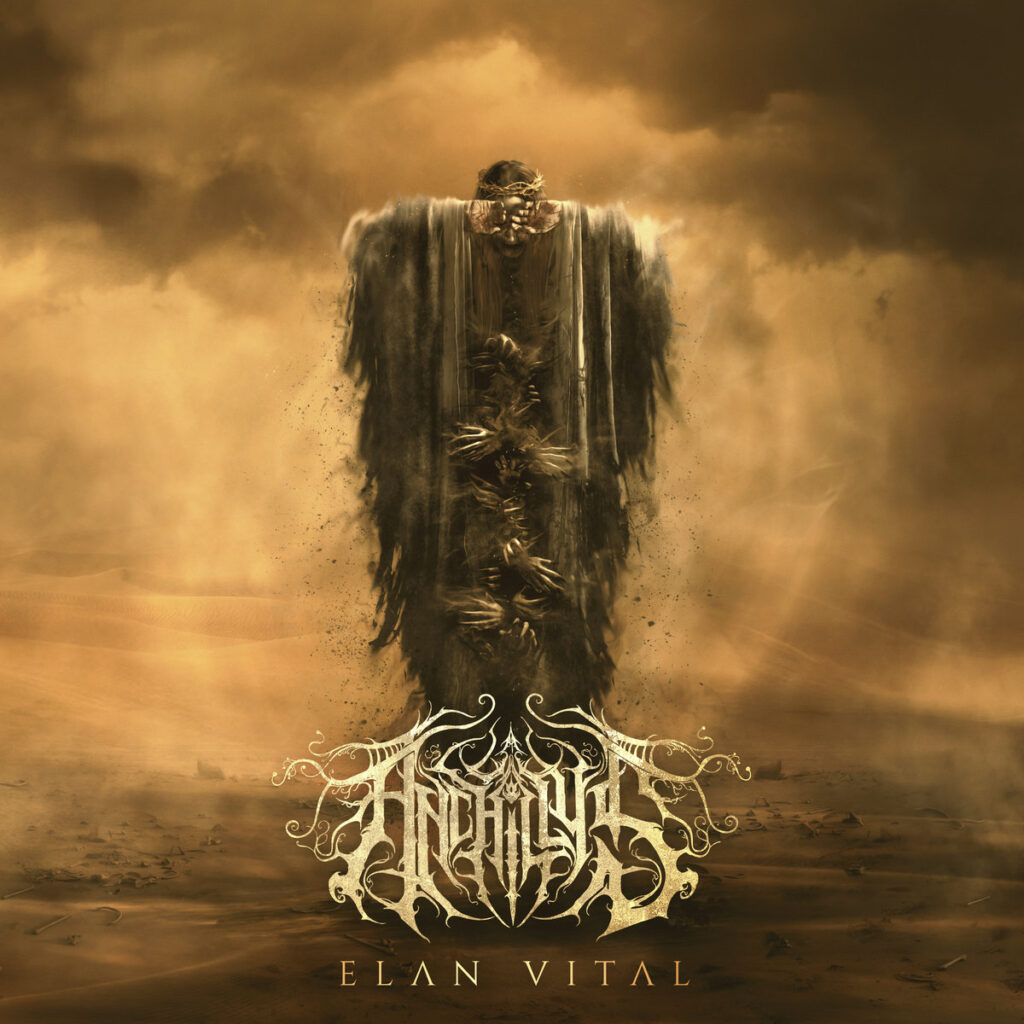