Formed in Surrey, B.C. Canada in June of 2011 inspired by legendary pillars of heavy metal such as Iron Maiden, Judas Priest and Rush, the past decade has given us an album every two years from Iron Kingdom. The NWOTHM outfit have set a 4th November release date for  their fifth studio album “The Blood Of Creation”, sharing melodic new single “In The Grip Of Nightmares” as the first single. Self-produced with mixing by Andy Boldt and mastering by Greg Reely (Overkill, Fear Factory, 3 Inches of Blood). Pre-orders are available over at bandcamp.

The band comment: “We started writing this song during the ‘On The Hunt’ sessions back in 2019, however, the song had a different energy than the rest of the album so we decided it would be best to come back to it at a later date. In late 2020, during the Covid-19 lockdown, we took a second look at what was to become ‘In The Grip Of Nightmares’. We rewrote the tune to be what it is today. It tells the tale of the legendary sentient sword ‘Stormbringer’ and its relationship to Elric. The sword ‘consumes’ the souls of those who it strikes down and feeds the energy into Elric, who needs it to survive. The two are bound together by fate. A fate that twists Chaos and Law, and leaves Elric in the grip of nightmares” 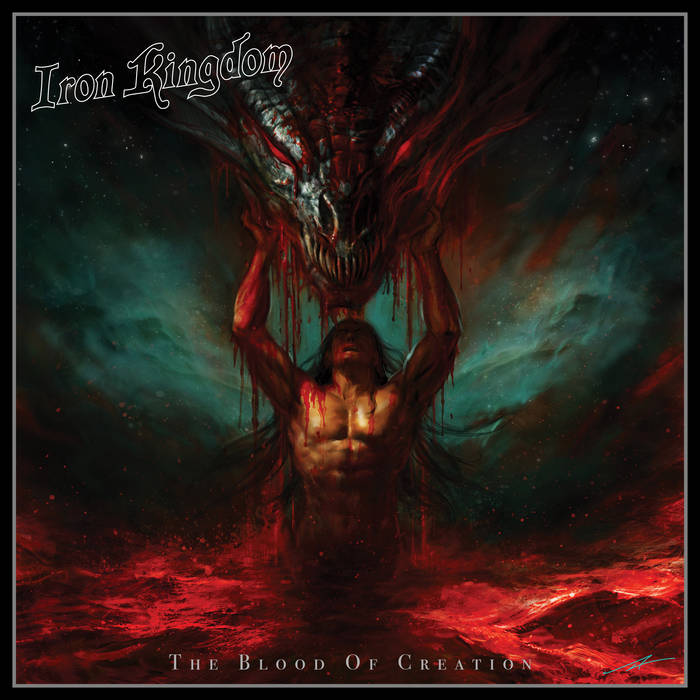 Tags:Iron Kingdom, The Blood Of Creation