From seemingly out of nowhere, aAnd? have dropped the bad s*** crazy hallucinagenic music video and new single “dDuck!“. The track is the bands first new cut since their brilliant 2018 EP “Wwoof?“. 1st April 2021 will see them at The Anvil Rockbar in Bournemouth playing a rescheduled date with Esoterica, while 10th April will
Read More 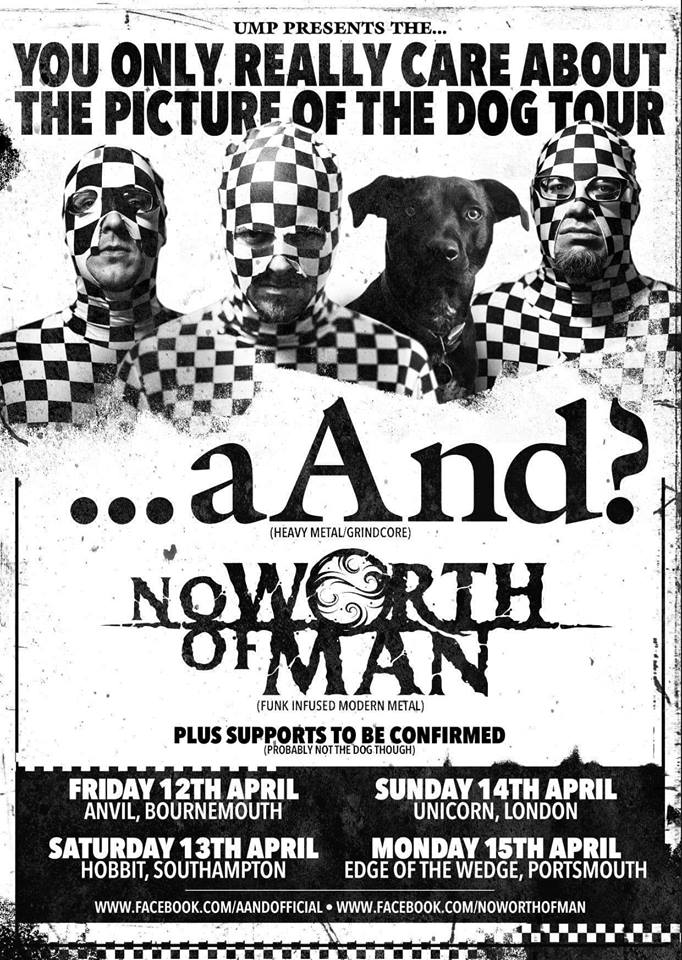 It wouldn’t be Valentines Day without a bit of aAnd? now would it? “The Feast of St. Valentine” from 2015 has to be the best Valentines song in the history of Metal. As previously mentioned, the Bournemouth quartet will be on the road with No Worth Of Man in April for 4 shows entitled the “You
Read More

There might not be a tour poster as yet, but No Worth Of Man have announced a quartet of south coast (plus London!) co-headlining dates with Bournemouth natives aAnd? just before Easter! Both bands released EP’s last year, “The Middle Farm Experiment” from No Worth Of Man and “wWoof?” from aAnd? Both of which are
Read More

It’s time to celebrate the end of one year and the coming of another. 2018 had plenty of things going for it. New bands arriving on the scene, older bands reforming or returning from hiatus and of course a hat full of quality material. What will 2019 bring? Well… Hopefully plenty more of the same!
Read More

As promised in that first list which appeared just yesterday, were counting down towards 2019 with a bunch of 5’s. That’s right. 5 lists of 5. Why? Well 2018 has had some truly awesome Metal bands and releases in it… and long lists suck. Ain’t nobody got time for that. We’ve done 5x albums from
Read More

Released on 13th July, after recording at Aandmade Studios in Bournemouth with Mixing and Mastering from Dan Evans, chequered quartet aAnd? returned just short of 4 years after the release of their debut “aAlbum?” and with a re-recording of “I Am A Mighty Pirate… Prepare To Die!” in the mix. So how have the band fared in
Read More