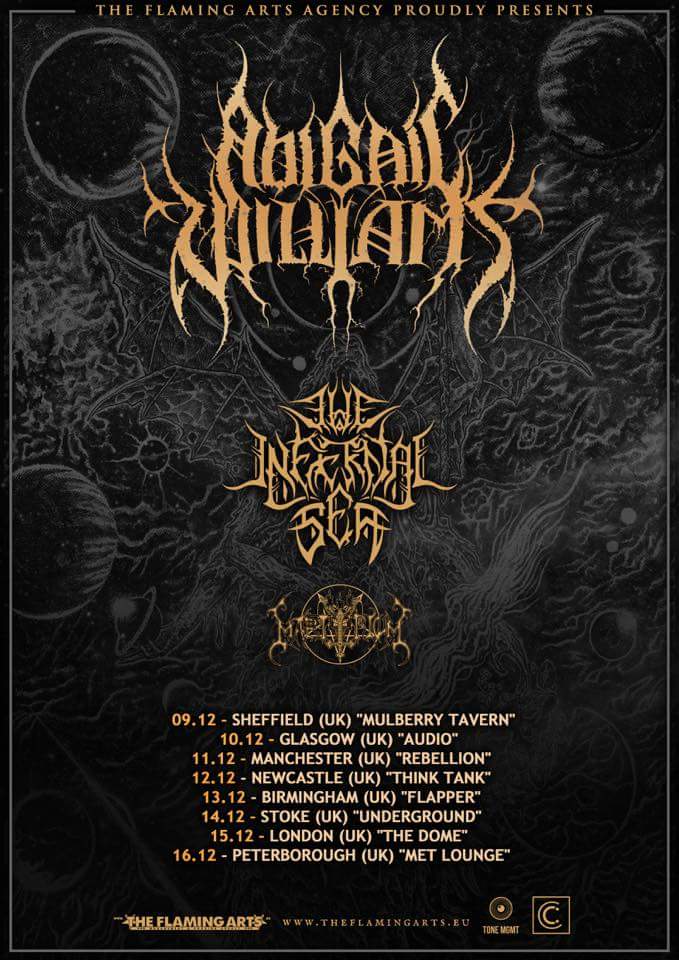 9th December saw Abigail Williams at The Cabooze in Minneapolis Minnesota and their full set was caught on camera by the man, the myth and the legend that is Leo Sypniewski for your pro-shot viewing pleasure. The American Black Metal lords are still touring 2019’s “Walk Beyond The Dark“, arguably their boldest and most diverse
Read More

The second part of the making of series that precedes the release of “Elegy” by Deathcore titans Shadow Of Intent on 14th January focuses on the drum tracking with new man Bryce Butler (The Faceless, Abigail Williams) who despite being known for his work with many, many bands hasn’t had the opportunity to work on
Read More

The exit of Ken Sorceron from The Faceless might have been a crying shame but it has meant the return of the mighty Abigail Williams. Filmed at Mavericks in Ottawa Canada on 16th November 2019, here’s a chance to see what the Black Metallers are up to around new album “Walk Beyond The Dark“.
Read More

And so it seems that once again (again) The Faceless have been successfully granted another opportunity to walk the straight and narrow, following the last implosion after “In Becoming A Ghost“, which saw the return of Abigail Williams. Here are “Planetary Duality”, Depeche Mode cover “Shake The Disease” and “Ancient Convenant” from the bands Summer
Read More

When Ken Sorceron exited The Faceless and announced he was re-activating his Black Metal band Abigail Williams, we never thought that within the space of 8 or so months they’d be upon our shores. December will see them joined by The Infernal Sea and MartYriuM for a run of 8 shows that will be also have to be
Read More