Buster Odeholm is still at Impact Studios and using the Fortin Nameless Suite he rips through a playthrough of “Human Swarm” from the self titled Humanity’s Last Breath record in this new video via Neural DSP. Their rescheduled European tour with Black Tongue and Cabal is set for April 2021 and we can not wait.
Read More

…Not only a brutal track but also one that is accompanied by a cautionary tale about ingesting substances of unknown origin, “Vittring” is the second new song from Humanity’s Last Breath in 2020 following  Buster Odeholm’s extended stay at Impact Studios to painstakingly remix and remaster both their Self-Titled album and the “Detestor” EP…
Read More

Following their announcement of a European Tour in April 2021 that will see them joined by  Black Tongue and Cabal (and in London, Beatdown Deathcore geezers Pintglass), Humanity’s Last Breath guitarist Buster Odeholm has entered Impact Studios and picked up his Hapas Judge 628 HLB ET to record a playthrough for recent single “Earthless”. The
Read More 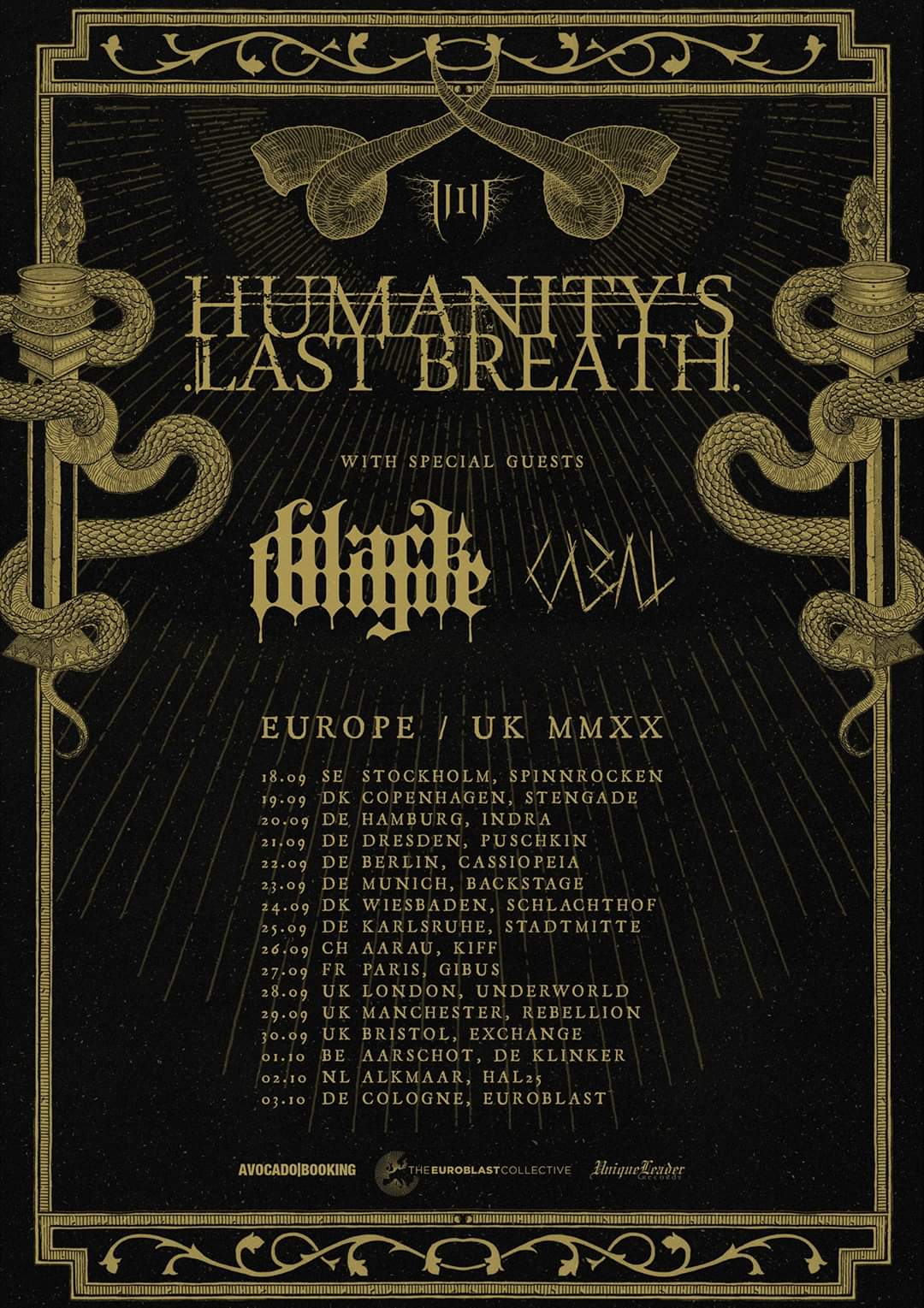 Tour news is fairly thin on the ground at the moment with everyone either looking to reschedule or biting their nails while they wait to commit to dates but there are one or two fresh announcements here and there including this epic run from Helsingborg, Sweden skull crushers Humanity’s Last Breath. They’ll be joined by
Read More

Buster Odeholm takes to the mixing chair to dial in a trademark style downtuned and brutal guitar tone for Humanity’s Last Breath for Nail The Mix, an online mixing school created by Metal industry legends Joey Sturgis, Eyal Lavi and Joel Wanasek. So if you want to know how it’s done with his commentary, this
Read More

It may just be 3 days old, but it is increasingly rare for a music video to appear the release of and album. It hasn’t stopped Unique Leader Records from taking the opportunity to let “Rampant” from the oven fresh Humanity’s Last Breath album “Abyssal” out of the box!
Read More

Written, produced, mixed and mastered by Buster Odeholm at Impact Studios, Helsingborg, Sweden’s Humanity’s Last Breath will be brining out the dead with “Abyssal” on 2nd August via Unique Leader Records! There is still time for those all important pre-orders and the bandcamp edition, which is available here, includes the full album in instrumental format
Read More

One of the many highlights of UK Tech-Fest 2017 was Humanity’s Last Breath. Signed to Unique Leader Records, they have slated “Abyssal” for our ear drums on 2nd August with new single “Fradga” getting a music video. You know it’s going to be crazy. In a good way.
Read More

2nd August will see “Abyssal”, a new album from Humanity’s Last Breath rear it’s ugly head via Unique Leader. It comes with cover art from Adrian Baxter of the Saros Collective and this single, the cringe worthy titled “Bursting Bowel of Tellus”. Sounds… Painful. We had the pleasure of catching them at UK Tech-Fest in
Read More