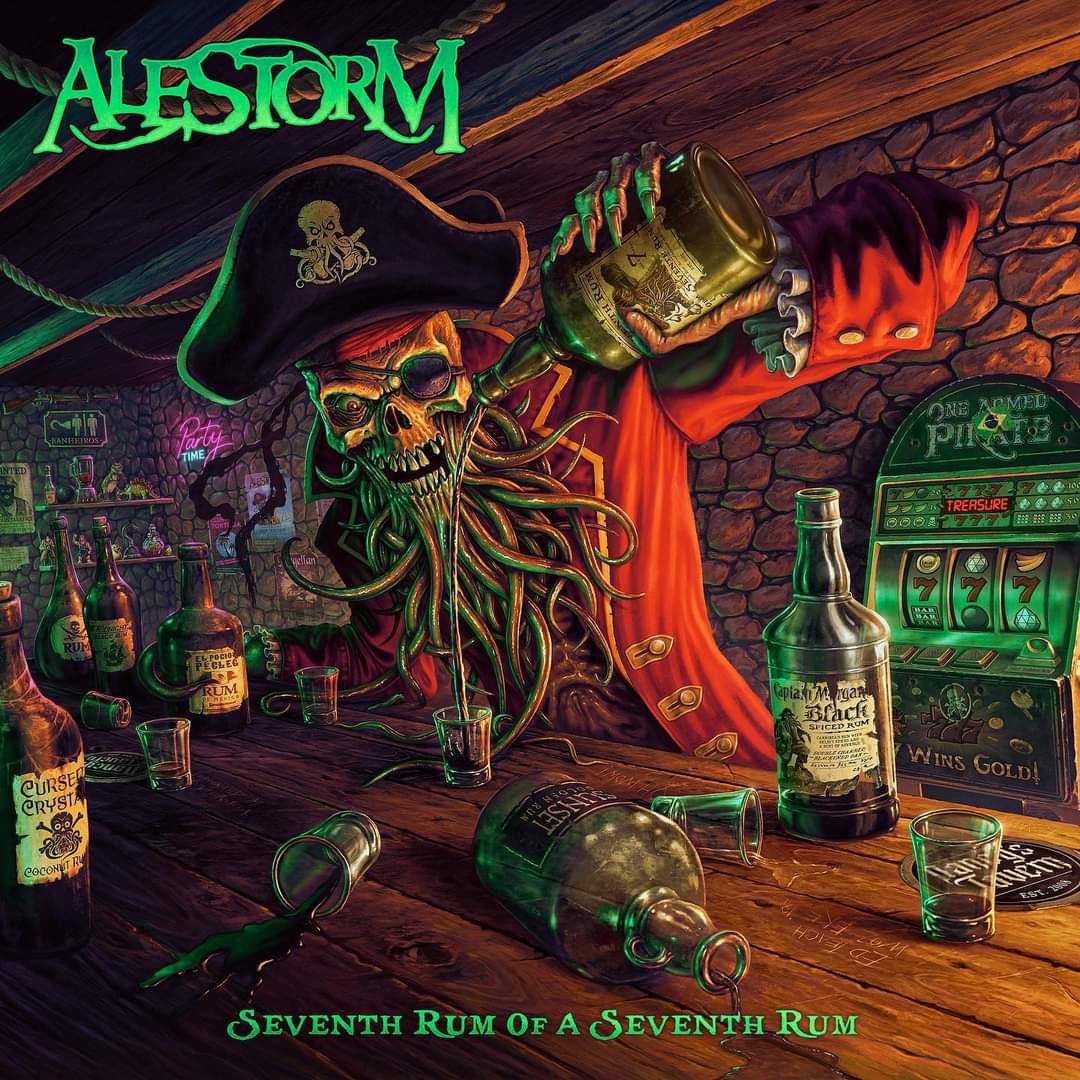 It maybe a miracle that Scottish Pirate Metallers Alestorm are still standing after “Seventh Rum Of A Seventh Rum” but the Napalm Records signings made it to Tampere Finland to Sauna Open Air Festival and were caught on camera performing the classic that is “Keelhauled“. Be warned, the rubber duck shoots lasers out of its
Read More

Following their set at Download Festival and ahead of a wealth of summer festivals and tours of Latin America and Australia, Scottish Pirate Metallers Alestorm will be releasing a new album in the next couple of days. So what better time to raise a glass before sitting back and watching the video for the title
Read More

If you needed a commercial to get you to buy a ticket for one of the shows on the upcoming December Alestorm tour with Glory Hammer and Aether Realm then it doesn’t come much more impressively than it does with fans favourite “F***ed With An Anchor“. This rendition of the sea farers classic is taken
Read More

On a Gregg’s sponsored “Quest to steal your sausage, bean and cheese melts” this winter, Scottish Pirate Metallers Alestorm will be joined by Glory Hammer and Aether Realm. Between now and then “Live In Tilburg“, a high quality live album, DVD and Blu-ray will be appearing on 28th May via Napalm Records. Here’s “Drink” cut
Read More

“Keelhaul that filthy landlubber, Send him down to the depths below, Make that bastard walk the plank, With a bottle of rum and a yo ho ho…” The end of the year will see our favourite Pirate Metal act Alestorm back on the seven seas once more with Glory Hammer and Aether Realm but before
Read More