There ain’t no party like an Alestorm party? Damn straight. The Scottish Pirate Metallers are continuing to be generous with the spirits ahead of their summer releasing new album “Seventh Rum Of A Seventh Rum” via Napalm Records and to that end have dropped an animated new single. The record will drop just in time for Festival season and so expect drunken debauchery across Europe.

Christopher Bowes on comments: “Oh wow! We tried our best to make Seventh Rum of a Seventh Rum into a serious album, but of course we’re not very good at that, and the temptation to make a disco party anthem was all too great. So we ended up with this song. Extra special thanks to the wonderfully talented Alex Henderson for making this amazing animated video, and of course thanks to Matt Cockram for playing the egg (it’s just before verse 2, if you’re interested).” 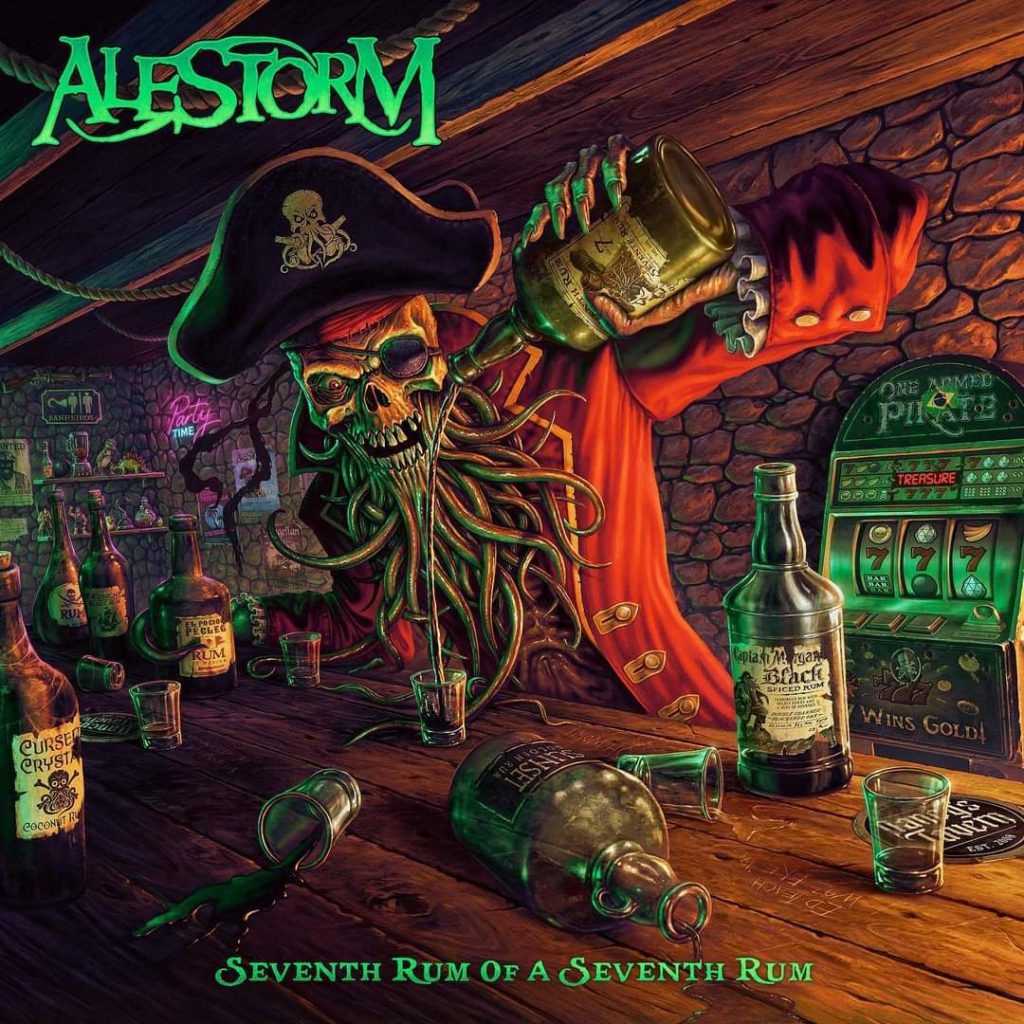