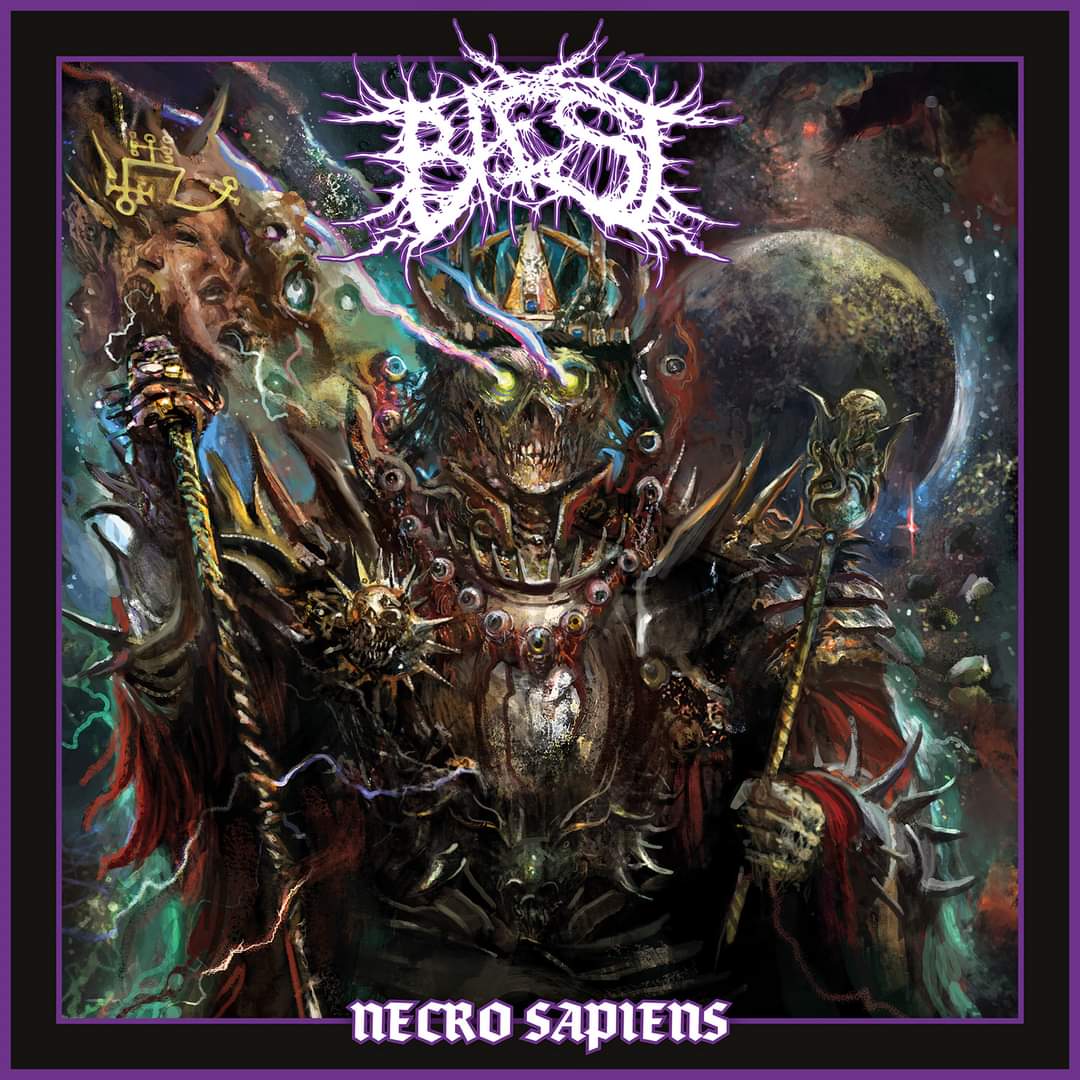 Their current long player “Necro Sapiens” might not be that old and the band might not be under pressure from label home Century Media but Denmark Death Metal powerhouse Baest have announced that they are already working on a follow up with the inability to tour sharpening the minds focus. The EP titled “Justitia” might still
Read More

Filmed in the Czech Republic on 18th November 2018 at Futuram Club during the previous incarnation of the Hell Over Europe tour, here’s Aborted sticksman Ken Bedene smashing out “Divine Impediment” caught on Drum Cam! They’ll be joining Entombed A.D. and Baest for the third incarnation of the tour in the not too distant future!
Read More

Taken from their upcoming 13th September album “Venenum” via Century Media, Baest have shared a music video for “Vitriol Lament”! The band will be joining Entombed A.D. and Aborted for the Hell Over Europe Tour III so you can expect new material to burn the venues down to at the shows!
Read More

18th October will see Entombed A.D. joined by Baest and Aborted for the start of the Hell Over Europe III tour presented by Metal Hammer Magazine! Before that both Baest and Entombed A.D. will release new albums, with the later dropping a music video for new track “Elimination” from their 30th August release “Bowels of
Read More

As both bands are appearing on the Hell Over Europe III tour later this year, Century Media have filmed a reaction video whereby Entombed A.D. frontman LG Petrov reacts to the freshly ground bean to cup coffee pick me up of a single “As Above So Below” by Baest! Both bands will have new albums
Read More

The second single from the upcoming 13th September record from Baest is upon us! Entitled “As Above So Below” it will appear on “Venenum” via Century Media. Baest will be appearing on the “Hell Over Europe III” tour with Entombed A.D. and Aborted later this year.
Read More

One which we missed from earlier in the week, taken from their forthcoming new album “Venenum” which is going to climb from the crypt on 13th September via Century Media, Baest have given us an “as live” music video for new song “Gula”. They’ll be joining Entombed A.D. and Aborted on the seemingly Metal Hammer
Read More

Interestingly now labelled as “Metal Hammer Presents” the Hell Over Europe III tour that will see the LG Petrov fronted Entombed A.D. joined by Aborted and Baest was previously announced for October. Entombed A.D. themselves are preparing for the release of their new album “Bowels of Earth” via Century Media with “Torment Remains” getting a
Read More