It seems surreal but Tech-Fest favourites Sertraline have released one last single with Lizzie Parry and Dan “Hendo” Henderson in “Coda” to end their chapter of the band following their final tour in September. The band will be continuing on and finding a pair as talented as them is going to be a challenge but
Read More

Now that the rapturous applause of their final shows with vocalist Lizzie Parry has died down, Sertraline have unveiled one last single in “Vivid” with her to close that chapter of the bands history before a new vocalist is announced. The band have gone back to Myroslav Borys (Confessions Of A Traitor, Last Hounds) at
Read More 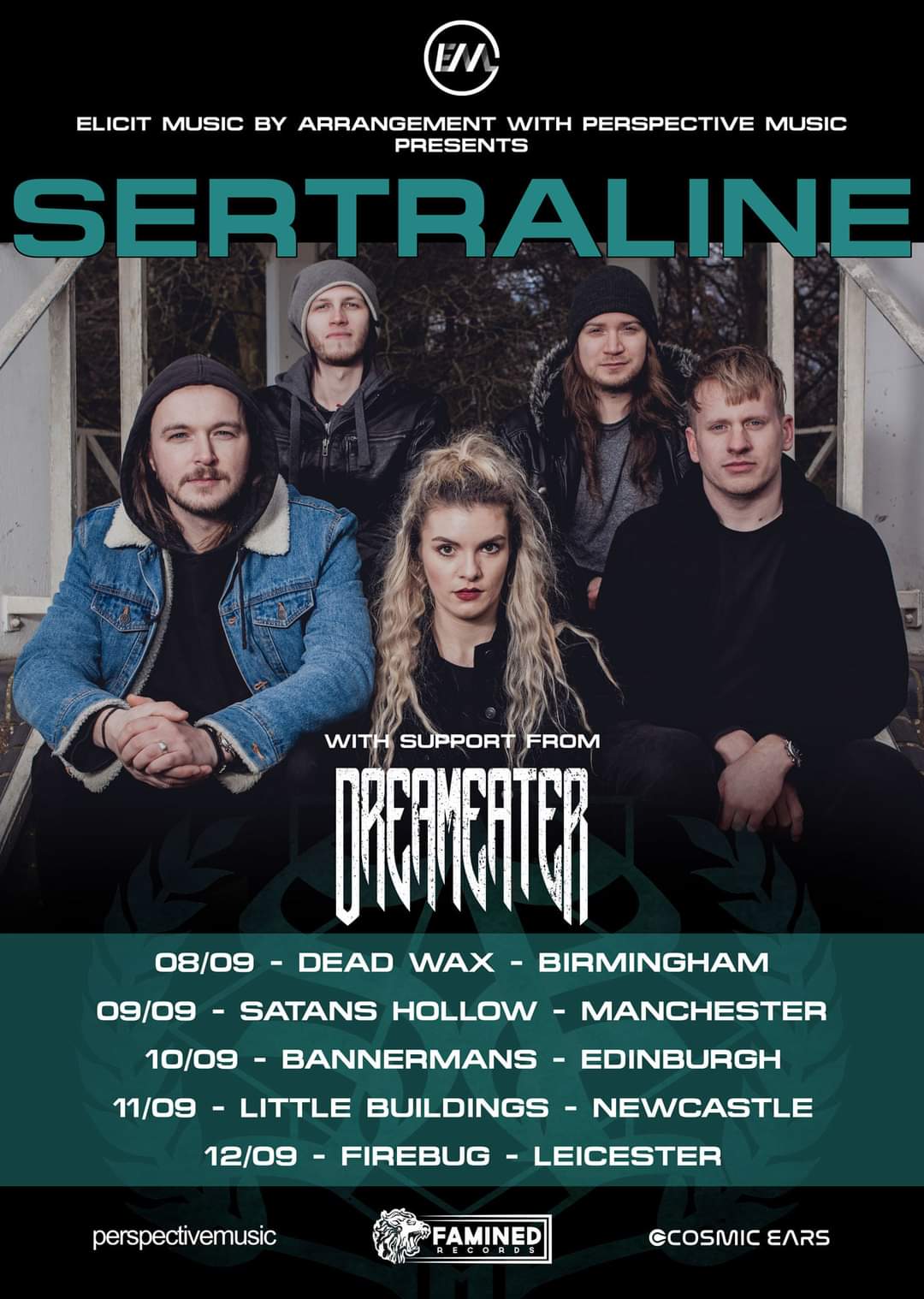 Celebrating the first anniversary of EP “Clouded Minds and Silver Lines“, Leeds Tech-Metallers Sertraline have shared a music video for “2005” cut from it. The footage used is previously unseen, edited by Ed Dennis from the bands performance at Bloodstock Open Air Festival in 2018, the audio of course mixed, mastered and recorded by Myroslav
Read More

Ever wanted to know how bands feel about their live performances? 7 years after the fact, Dan “Hendo” Henderson from Leeds and Manchester based Progressive Metalcore act Sertraline goes back to a live performance of “Mean To Me” filmed by Tracy Quinn to critique it. The song originally appears on the bands debut EP “Bury
Read More

…with their gigs with Derange put back for a third time to February 2021, Progressive Metallers Sertraline have been giving the internet both barrels. Now they’ve completed a run of lyrical theme chats with frontwoman Lizzie Parry, it’s time for Mike Hawkings to pick up his seven string and play us through “Inside Out“, the
Read More

Filmed right of stage at the iconic Satan’s Hollow in Manchester back in March 2019, here’s “My Life” from Northern Progressive Metallers Sertraline. They’re our drug of choice, an one of a group of antidepressants called selective serotonin re-uptake inhibitors, or SSRIs. These medicines are thought to work by increasing the levels of a mood-enhancing
Read More

Filmed front of house at the Slade Rooms in Wolverhampton on 8th September 2018, here’s “Change Of Heart” from Northern Progressive Metallers Sertraline. They’ve been providing us with a wealth of behind the scenes content of late with a run of chats from frontwoman Lizzie Parry about the lyrics of their current EP “Clouded Minds
Read More

Going behind the lyrics of the songs of “Clouded Minds & Silver Lines” for a fifth and final time, vocalist Lizzie Parry talks about the inspiration behind the spleen venting “Isolation” from her band Sertraline. We’ve put in a humble request for the series to continue, going back to 2017’s “Guilty” and if there is
Read More