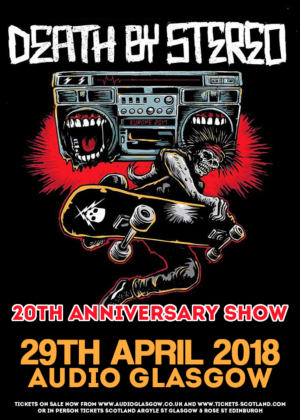 Orange County Californian Hardcore Punks veterans Death By Stereo are currently on their Worldwide 20th Anniversary Tour. They may not have released any new material since 2016’s “Just Like You’d Leave Us, We’ve Left You For Dead” EP but a clutch of UK dates have leaked out, so here’s what we have so far; April 19th
Read More