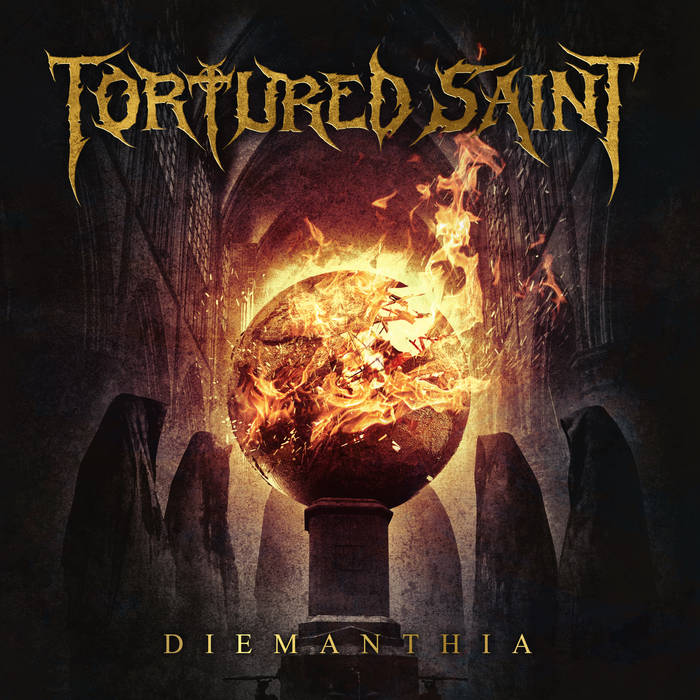 Two weeks after they released a drum playthrough video for the cut, Canadian Groove Metal assassins Tortured Saint have shared a live music video for the song “Anamnesis“, one of the finer cuts from their album “Diemanthia“. Shot on The Great North Resurgence Tour with My Hollow, it continues the promotional campaign for the album mixed
Read More

A self produced record mixed by DevilDriver guitarist Mike Spreitzer and mastered by Allan Douches (Converge, Cave In, Devil Sold His Soul) at West Side Music, the sophomore album “Diemanthia“ from London, Ontario Canada Groove Metal quintet Tortured Saint was a highly anticipated one when it dropped this summer. Returning to the tracking of the record the band
Read More

Almost a month after they shared the music video for their latest single “My Desire“, Vented  have returned to the cut to allow drummer Austin D’Amond, who proudly uses Yamaha Drums, Zildjian Cymbals, Evans Drumheads, ProMark Drumsticks, to demonstrate his skills in a playthrough video. The track is the third from the bands debut album
Read More

At some point in the not too distant future London, Ontario Canada Groove Metal quintet Tortured Saint will give us their sophomore album “Diemanthia“, a self produced record mixed by DevilDriver guitarist Mike Spreitzer and mastered by Allan Douches (Converge, Cave In, Devil Sold His Soul) at West Side Music. In preparation for what is
Read More

London, Ontario Groove Metal quintet Tortured Saint have spent the last year and a half writing and recording their sophomore album “Diemanthia“, a self produced record mixed by DevilDriver guitarist Mike Spreitzer  which will see release in early 2022. Getting you warmed up for that the band have unleashed a searing, propelling new cut from
Read More

Recorded during the “Necrophaze” sessions with Producer and Devildriver guitarist Mike Spreitzer, Wednesday 13 have unveiled a cover of “Devil Inside” by INXS for Halloween. Director Vicente Cordero, noted for his work with both 3TEETH and September Mourning has been enlisted for a music video for the cut, which will premier during the bands Halloween pay per
Read More

In the Digital Tour Bus seat and surrounded by his prized equipment, Devildriver guitarist Michael Spreitzer tells a tale of an incident in the mountains during Ozzfest in 2004 and his second ever tour with the band. If you missed it, the first half of the Santa Barbara Groove Metallers double album “Dealing with Demons”
Read More

It has been a long and winding road for Finnish Death Thrash group Curimus. Formed in 2004 and calling the small town of Loimaa their home, they churned out four demos before making waves with the debut album which finally arrived in 2012 entitled “Realization” which was swiftly followed by 2014’s “Artificial Revolution” before things
Read More