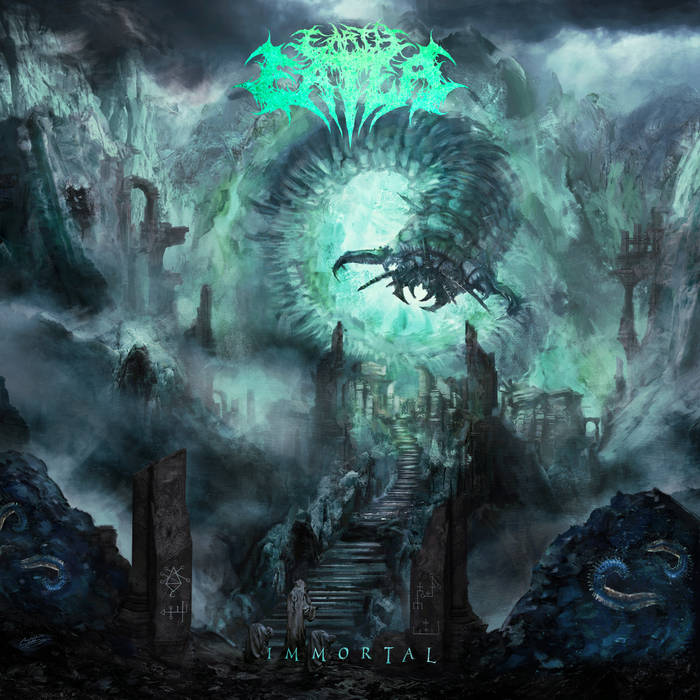 Portland Oregon Technical Death Metallers Earth Eater have let guitarist Benton Joseph record a guitar playthrough for “Blind Witness” from their current album “Immortal”. They’re down to a trio at the moment and seeing a second guitarist and bassist for shows. So get your application videos in fast!
Read More

Portland Oregon Technical Deathcore act Earth Eater have a new EP slated for… Sometime this year (2019)! It’s the follow up to their brutally apocalyptic debut full length “Oblivion” which, judging by the impressive artwork by Caelan Stokkermans that appears on singles “Longclaw” and “Swarm” will be called “Immortal”! In the meantime, here’s “Delirium”!
Read More