Maintaining that conquering eternal forward motion [Oh My Godzilla ~ Ed] Employed To Serve have announced a run of May shows  with Burner as main support and Zetra appearing on select dates, hinted at on social media shortly after the announcement that their current album has been nominated in the  “Best Album Artwork” for this
Read More

Or more specifically vocalist Justine Jones and guitarist Sammy Urwin from Employed To Serve chat with hostess Alicia Atout on KnotFest Daily about… Everything from weird online comments to songs about haters, to their new album “Conquering“, their immediate intimate shows and that run across Europe with Gojira and Alien Weaponry in 2022. So pretty
Read More

The return of Renouned seemed unlikely with guitarist Sammy Urwin pulling up trees with Employed To Serve but with “Beauty Is A Destructive Angel” they proved that the Metalcore outfit are very much here to stay. Here’s freshly released dedicated drum cam footage of Jack Bryant from UKHC Returns Festival at The New Cross Inn
Read More

Ahead of their huge summer tour with Gojira and Alien Weaponry that will see the bands trek across Europe on the biggest of stages, Employed To Serve have announced a run of intimate shows in support of their new album “Conquering“. They’ll be playing venues that they haven’t performed at for at least five years
Read More

The wait for the highly anticipated “Conquering” from Employed To Serve is almost over with 17th September via Spinefarm Records all that you need to know. Frontwoman Justine Jones took a few minutes out of her busy schedule to discuss not only the album and it’s lyrical themes but also the United Kingdom Hardcore scene
Read More 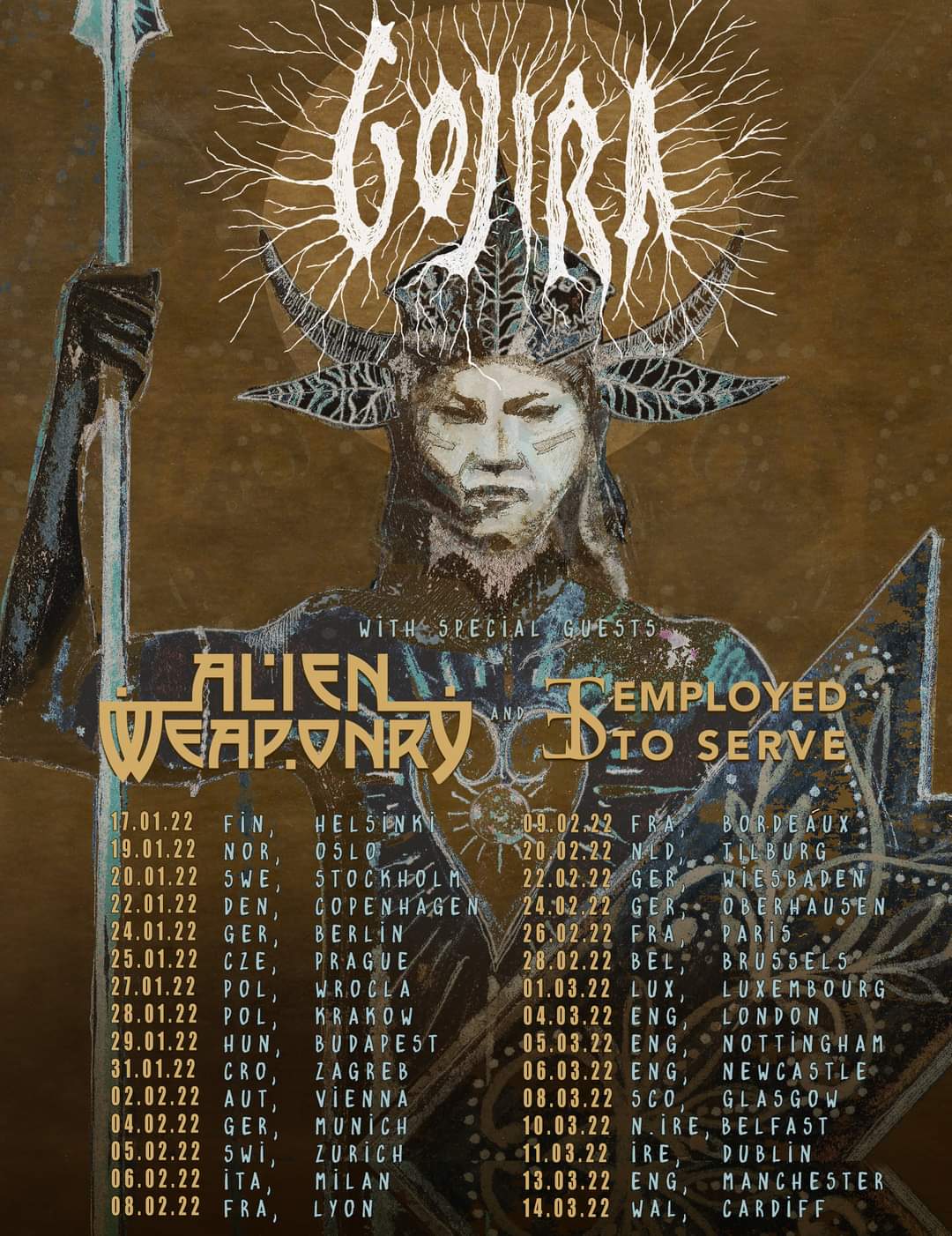 Recorded in the unforgiving winter of discontent that was 2020, the third album from Employed To Serve is set to drop on 17th September 2021 via Spinefarm Records before the band embark on a European tour trek with Alien Weaponry and Gojira in January. Continuing the build up to one of the most highly anticipated
Read More

It only seems like yesterday that we were at the release show for “Eternal Forward Motion” at The Highbury Garage in London but with the arrival of new single “Exist” from Employed To Serve comes the news of the follow up. 17th September will see “Conquering” land via Spinefarm Records, Produced and Mixed by Lewis
Read More