A fourth single from Welsh Metallers Bullet For My Valentine and their upcoming 5th November releasing self titled album has surfaced in “Rainbow Veins” which could well mean that there will be another in the month before it drops. It’s been pushed back from 22nd October which means that it will appear mid way through
Read More

Our German Metalcore heroes with the greatest name in the genre in 2021 Breakdowns At Tiffany’s have returned with a music video for “Animals” from their brilliantly brutal album “Eternal Lords“, a record delayed for once not because of the Great Plague but because the band are perfectionists. December 2020 marked the fourth anniversary of
Read More 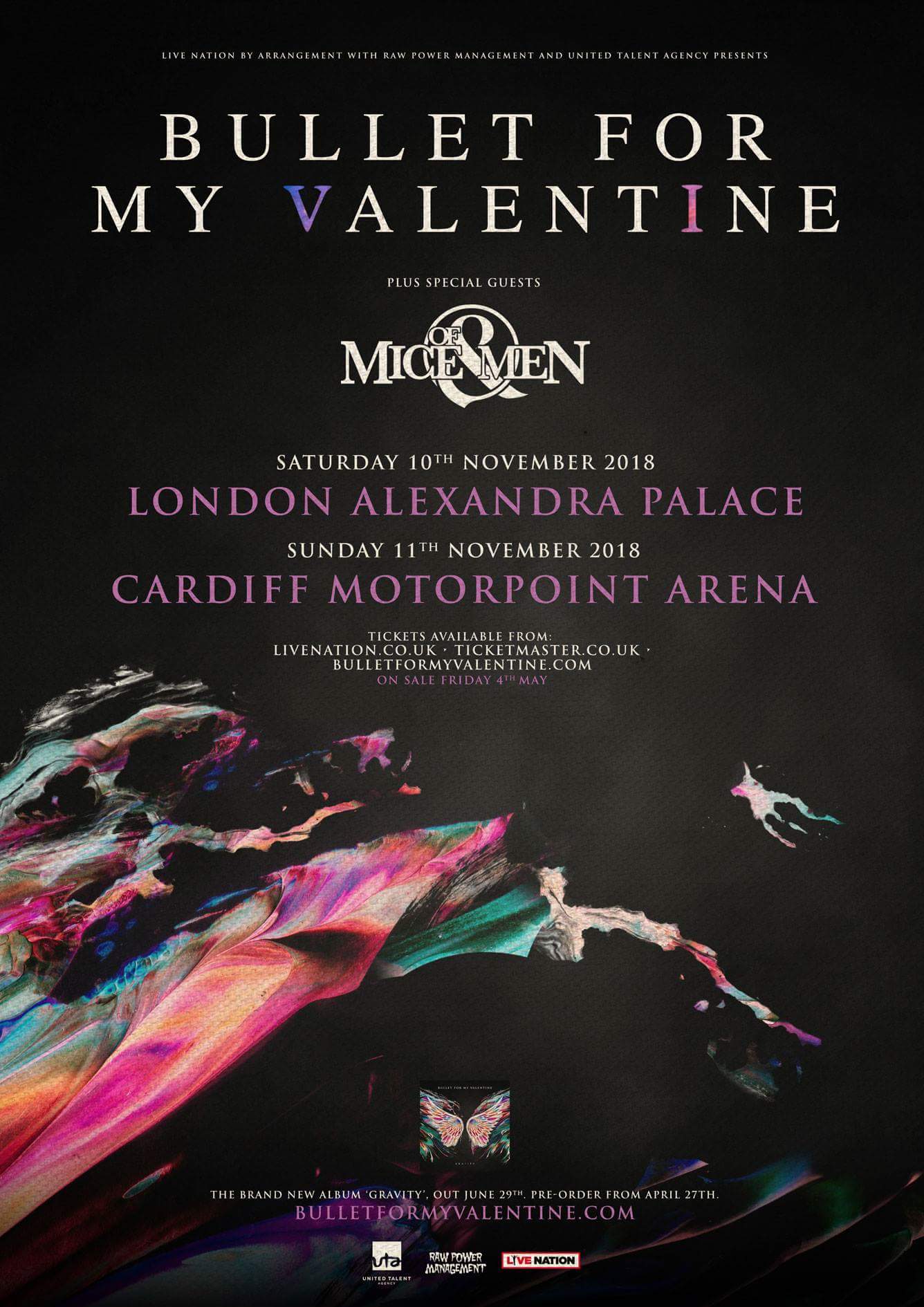 We’re not 100% sure exactly where Welsh Metallers Bullet For My Valentine are at the minute. Two years ago they released “Gravity” to a luke warm reception as the Metallica fans had incorporated synths into their sound, which for some seemed unnecessary. So here’s a full set from the band at Resurrection Fest in Spain
Read More

Following the brilliance of their sophomore album “Gravity” is no mean feat so German Metalcore act Breakdowns At Tiffany’s put back the release date for their third studio record until they were one hundred and ten percent happy with it. The result has meant staggered singles with the music video for the title track appearing
Read More

Welsh Metallers Bullet For My Valentine played a set that contained no surprises for just over an hour at Download Festival this past weekend. Former Pitchshifter drummer Jason Bowd did get time to squeeze in a drum solo through. Is it just us or is Frontman Matt Tuck trying to look like Avenged Sevenfold‘s M. Shadows?
Read More

Welsh Metallers Bullet For My Valentine have announced a pair of UK dates with Of Mice And Men in November. The band’s upcoming new album “Gravity” will see release on 29th June and will be available for pre-order from 27th April. The venues are huge and at least one other band is expected to be
Read More

High Quality footage of Once Human playing “Gravity” recorded in May at Joliet has appeared online. Once Human are currently out on a European tour with American Head Charge and In Death. Their current album “Evolution” is out now.
Read More