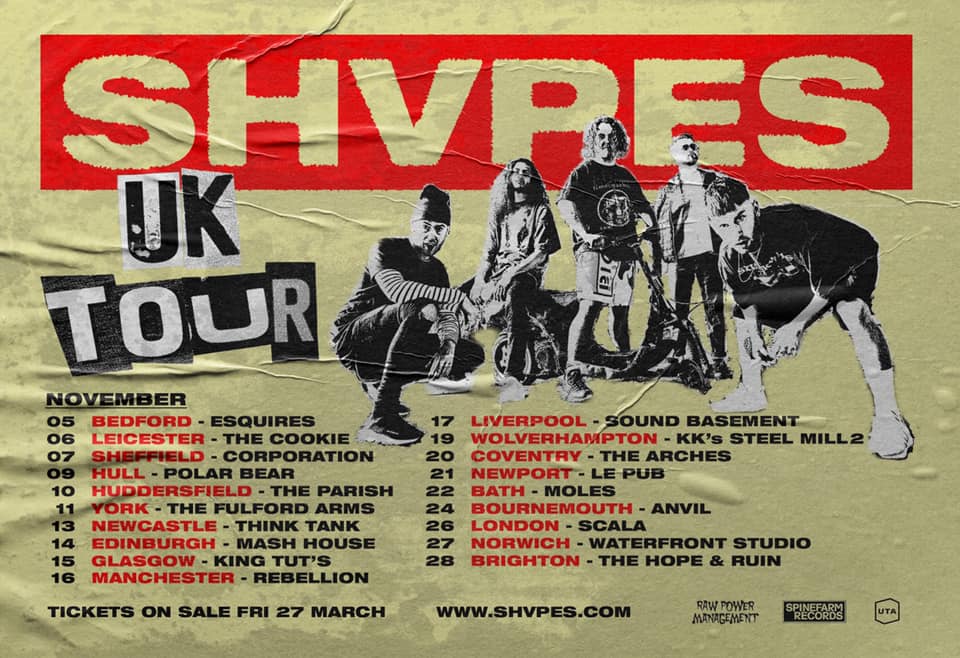 Taking something of a risk, Birmingham’s Spinefarm signed Alternative Metal collective Shvpes have announced a run of UK tour dates that will take up the vast majority of November as they go up and then arc back down the country. No support bands have been announced as yet, but the tickets go on sale on
Read More

There are pair of headlining shows next month in London and Birmingham for Shvpes but it’s their appearance at the third annual Our Hollow Our Home “Holloween” that has raised an eyebrow because that is now a huge line-up for the price! They’ve shared a brand new single and music video for “One Man Army”
Read More

Having already toured the living daylights out of “Greater Than” including shows in the US and in Europe with Disturbed, October will see a pair of shows from Shvpes back home. Support is still to be announced but judging by some of the recent quality of those they have brought out, there should be no
Read More 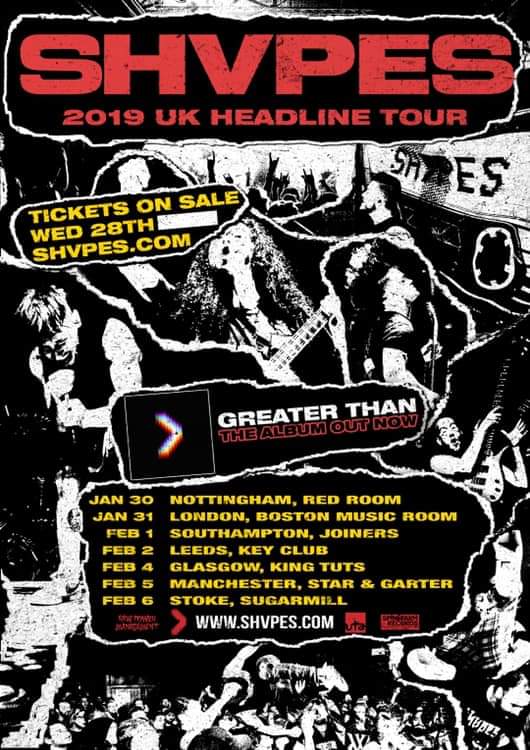 Having recently released new album “Greater Than” via Spinefarm Records, Shvpes have announced another UK tour run for the new year. Support is still to be confirmed but tickets will go on sale in 28th November. Question is, will the album see them break out of the UK Underground Metal Scene and play some US
Read More

It’s not really a big surprise that one of the finer cuts from the new Shvpes album “Greater Than”, which was released this past Friday, features one Matt Heafy of Trivium, is it? It seems that the multi talented frontman and guitarist can turn pretty much anything to gold right now with his constant stream
Read More 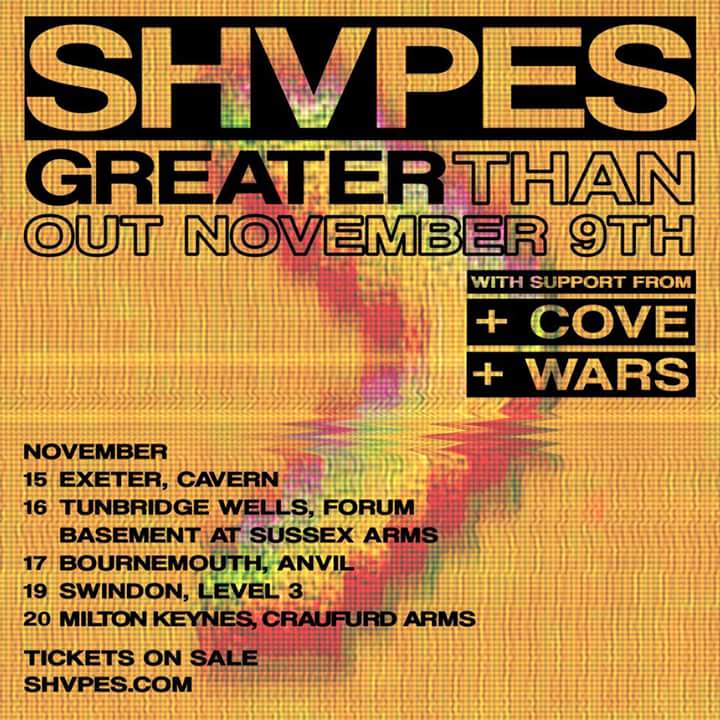