Half way through a rebrand that will see them follow Code Orange Kids who became Code Orange with a simple change to their original moniker, Grove Street Families will be dropping “Families” and be simply known as Grove Street. They went 10 days early in going back to school for a Kiefer Passey directed music video
Read More

The current wave of Hardcore continues as fresh from their run of shows with Knocked Loose and Terror, the mighty Grove Street Families will be back on stage this very weekend. The band have also announced an April run with Overpower that will follow a new single titled “Lessons Of The Past” that will drop
Read More

How about some Hardcore? It’s been a long time coming but the full pro-shot set from Grove Street Families at UKHC Returns Festival at The New Cross Inn in London on 30th July has surfaced, filmed by the legendary trio David Tan, Greg Hall and Sean Pitcam. The band have announced a trio of shows
Read More

It must have been a whirlwind of a white knuckle ride for Nihility and Grove Street Families sticksman Josh Williamson to get the songs from Year of the Knife nailed before he stepped up to fill in for Andrew Kisielewski at Outbreak Fest in Leeds back in 2018. It must have been even more nerve
Read More

Courtesy of David Tan, here’s dedicated pro-shot drum cam footage of Grove Street Families drummer Josh Williams playing an entire set at Glasgow Classic Grand on 21st November 2019. The Southampton Hardcore Punks who love a bit of GTA are celebrating 7 years since their debut release this year and should it go ahead they’ll
Read More

What is it that we can say about London Hardcore collective Grove Street Families that hasn’t already been said? We saw them at the Upsurge Festival in 2018 and they were everything you could want from a Hardcore band. Here’s a Pro-Shot full set from them in Germany at Summerblast Festival on 22nd April courtesy
Read More

Pro-Shot at Return To Strength Festival IX on 25th May, here’s a full set from live favourites Grove Street Families! The London Hardcore crew are currently rolling across Europe with Hawser and will be joining the legendary Leeway in Lyon France tomorrow night!
Read More 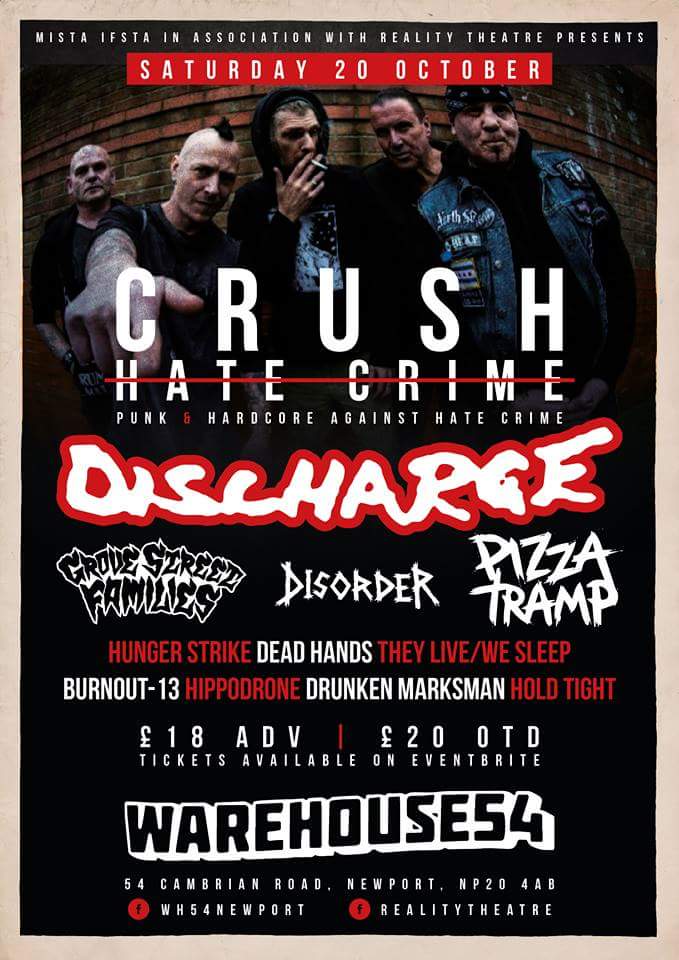 Saturday 20th October will see 11 bands taking the stage at Warehouse 54 in Newport for a one dayer of Punk and Hardcore against Hate Crime headlined by Stoke-on-Trent Hardcore Punk legends Discharge! The bill also Grove Street Families and Birmingham favourites Dead Hands! The lineup in full is as follows…. Discharge Grove Street Families
Read More