Headlinging this year’s incarnation of the annual Impericon Never Say Die Tour as it crashes it’s way through venues across Europe are Japanese Metalcore heroes Crystal Lake. They’re bringing with them a prize line-up this year, including Alpha Wolf and our very own Our Hollow Our Home. So here’s “Apollo” from them, if you haven’t
Read More

Soon to be back in Europe in the Impericon Never Say Die Tour will be Australian Gloom crew Alpha Wolf. They’ll be playing cuts from their EP “Fault” which is out now via SharpTone Records and hopefully they won’t bring the giant red cobra with them! They joined Impericon for their classic Top Three game
Read More

Filmed on 8th August at Brutal Assault Festival in the Czech Republic, here’s “Agony” from Japanese Metalcore heroes Crystal Lake. They’ve been circulating the Globe in support of current album “Double Helix” out now via SharpTone Records and will be joined by a giant red cobra on this year’s incarnation of the Impericon Never Say
Read More

Another cut from Jera on Air Festival, “Feast For The Crows” from South Coast Metalcore heroes Our Hollow Our Home! They will joining Polar on this year’s incarnation of the Impericon Never Say Die Tour which will be making its way across Europe in November with a clutch of UK shows!
Read More

Freshly announced as one of the opening bands on this year’s incarnation of the expanded Impericon Never Say Die Tour, with Crystal Lake, King 810, In Hearts Wake, Polar, Great American Ghost and Our Hollow Our Home, Australian favourites Alpha Wolf have thrown out a music video for “Russian Roulette”. The track appears on their
Read More

Impericon caught up with Stick To Your Guns frontman Jesse Barnett during their recent European Tour run. He speaks about free speech, getting into Punk and Hardcore music and where he feels he belongs in the interview. Hopefully after his run with Trade Wind, STYG will hit the studio for a new album.
Read More

As the countdown to 29th March and the arrival of the new Whitechapel album “The Valley” ticks down like the slowest of all clocks, Impericon have put together this interesting interview with the band. Taking about the Deathcore scene, the evolution of the bands sound and the new album.
Read More 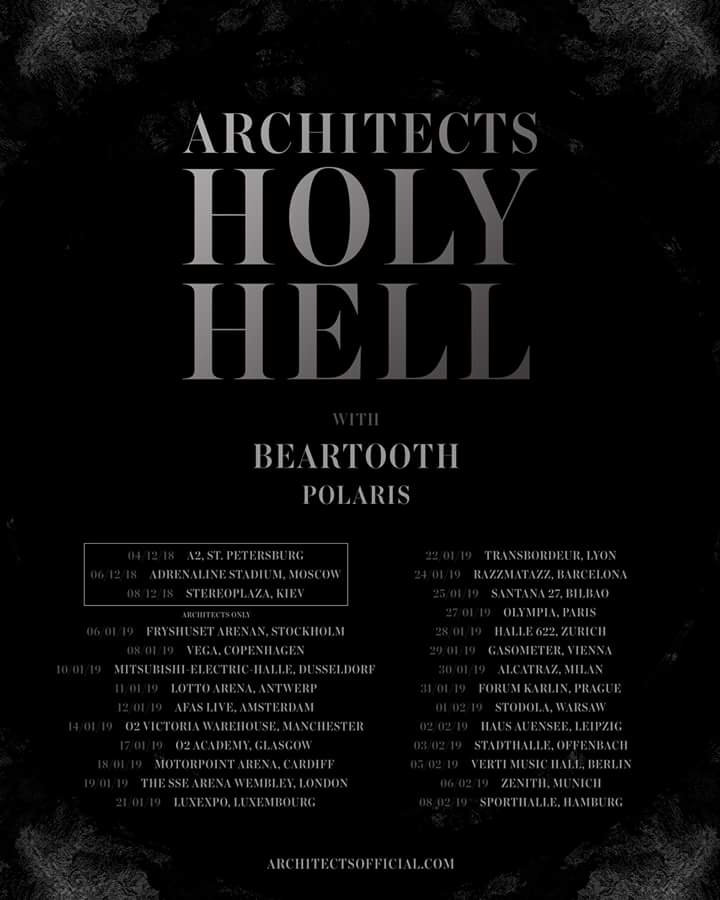 Imperion have released a 4 minute interview with Architects frontman Sam Carter about upcoming new album “Holy Hell”. The interview seems to be a teaser or a section cut from a longer to be released cut. As for the album, it drops on 9th November via Epitaph Records with single “Hereafter” already doing the rounds.
Read More