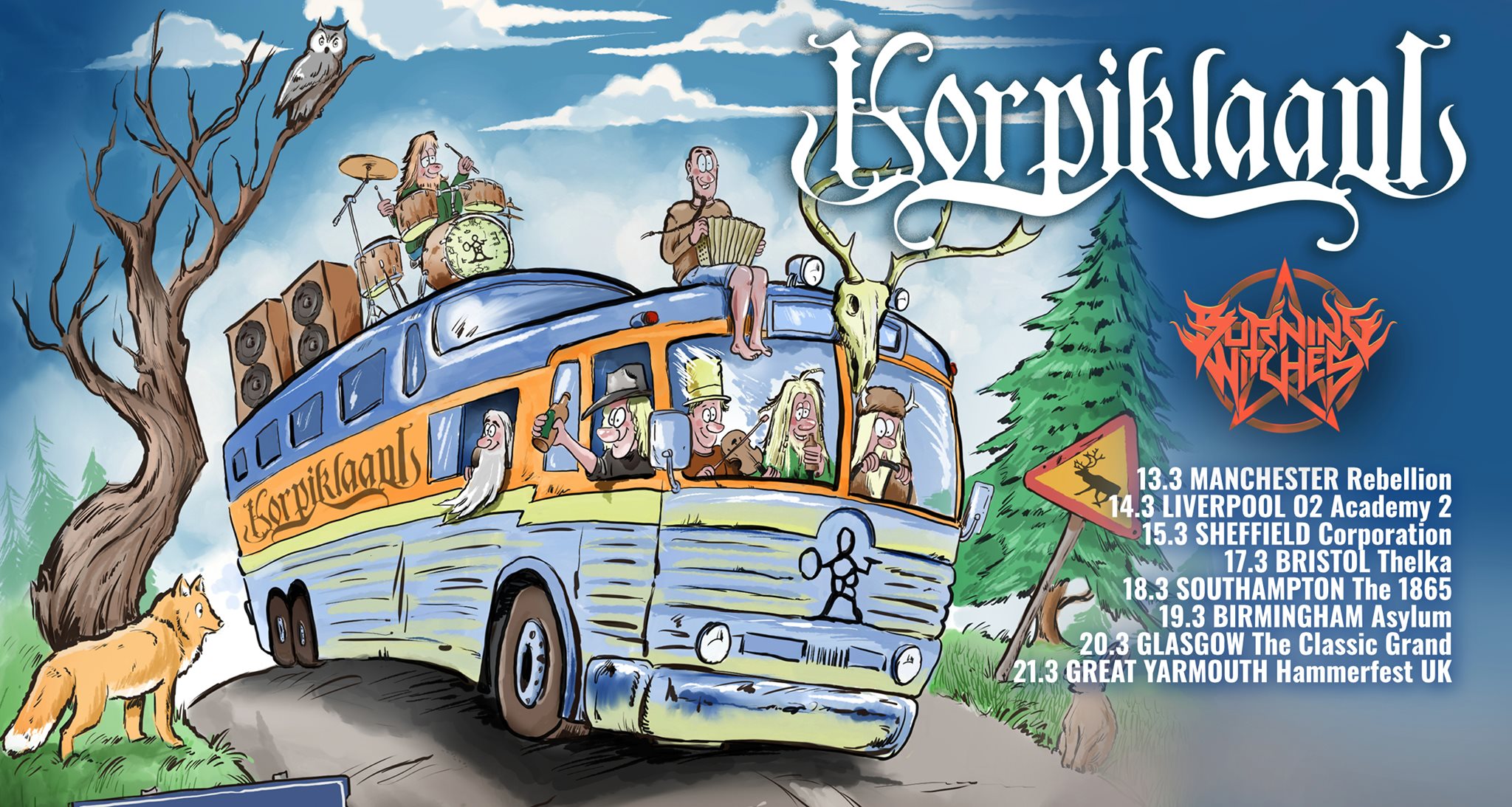 Finnish Folk Metal Superstars Korpiklaani may not have made it to Hammerfest 2020 but they have created a flaming good video for “Niemi“, the first single to come after their current album “Kulkija”. Flying V’s at the ready with ice and fire themes, the band are already claiming that the new record will be their
Read More

Finnish Folk Metal Superstars Korpiklaani have announed a March 2020 trek across the UK entitled “Land of a Thousand Drinks” to take them to Hammerfest 2020 with direct support for the whole run from Burning Witches. Their current album “Kulkija” has seen then unveil a number of singles of late including one in tribute to
Read More