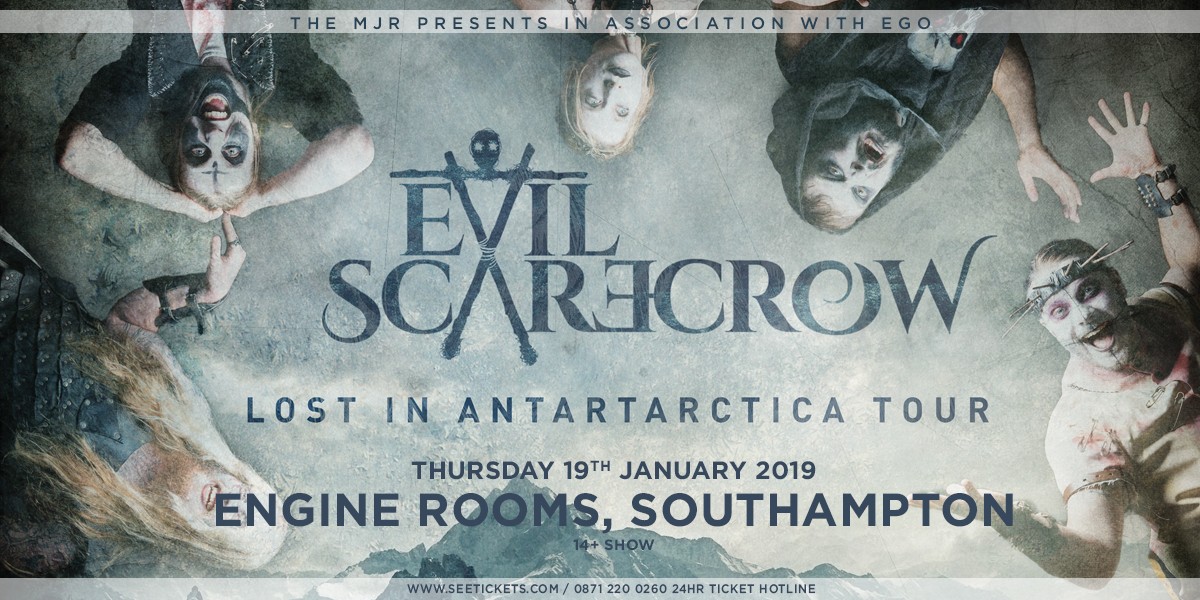 Yesterdays Doomsday Report episode saw host Esteban joined by Dr Hell and Brother Pain from Evil Scarecrow to talk band history, music videos and the story behind the song “The Ballad Of Brother Pain“. The Crabulon dance enthusiasts have announced a trio of shows in July including an appearance at The Kendal Calling Festival in
Read More

Nottingham’s Evil Scarcrow have announced not only that they will be recording a new album potentially entitled “Lost In Antartarctica” in early 2018 but will be extensively touring the UK in support of it in October 2018 and January 2019! That’s right. January 2019! It’s time to get your crabulon prep’ed. January 2018 Sat 6th
Read More