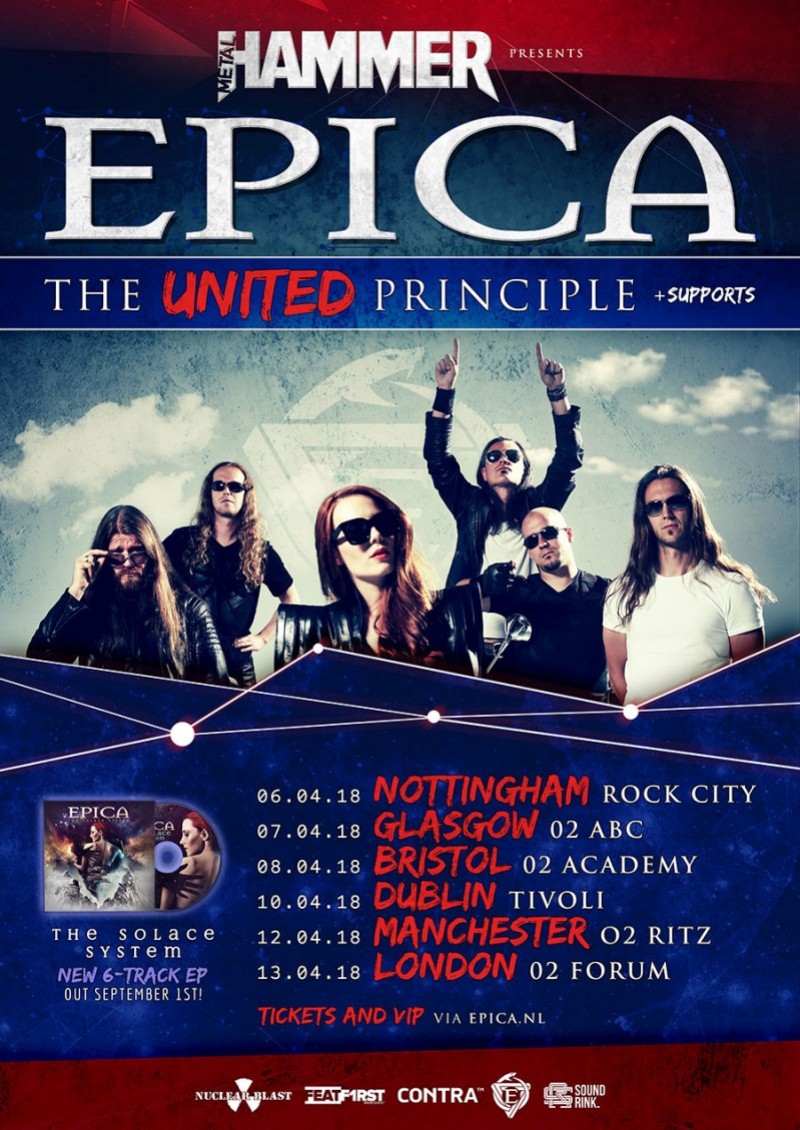 Oceans of Slumber have released a music video for the title track of their upcoming new album “The Banished Heart”. The album will see release on 16th March via Century Media. Oceans of Slumber will then join Epica and Myrkur for 6 Metal Hammer sponsored UK shows in April.
Read More

Epica, Oceans of Slumber & Myrkur will be touring our shores together in April! The trio of female fronted Metal bands will be performing for the first time together on the Metal Hammer sponsored run; 06: Rock City, Nottingham 07: O2 ABC, Glasgow 08: O2 Academy, Bristol 10: Tivoli, Dublin 12: O2 Ritz, Manchester 13:
Read More