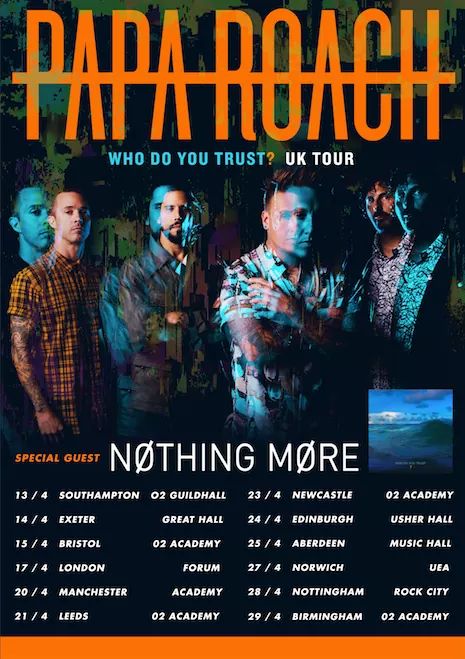 The Nu-Metal nostalgia train will be in full flow upon our shores in April with Papa Roach and Nothing More plaything 12 shows together in support of the formers upcoming January release “Who Do We Trust?” via Eleven Seven Music. Who else will join them upon the bill? No “Last Resort” jokes…. 13th Southampton, Guildhall
Read More 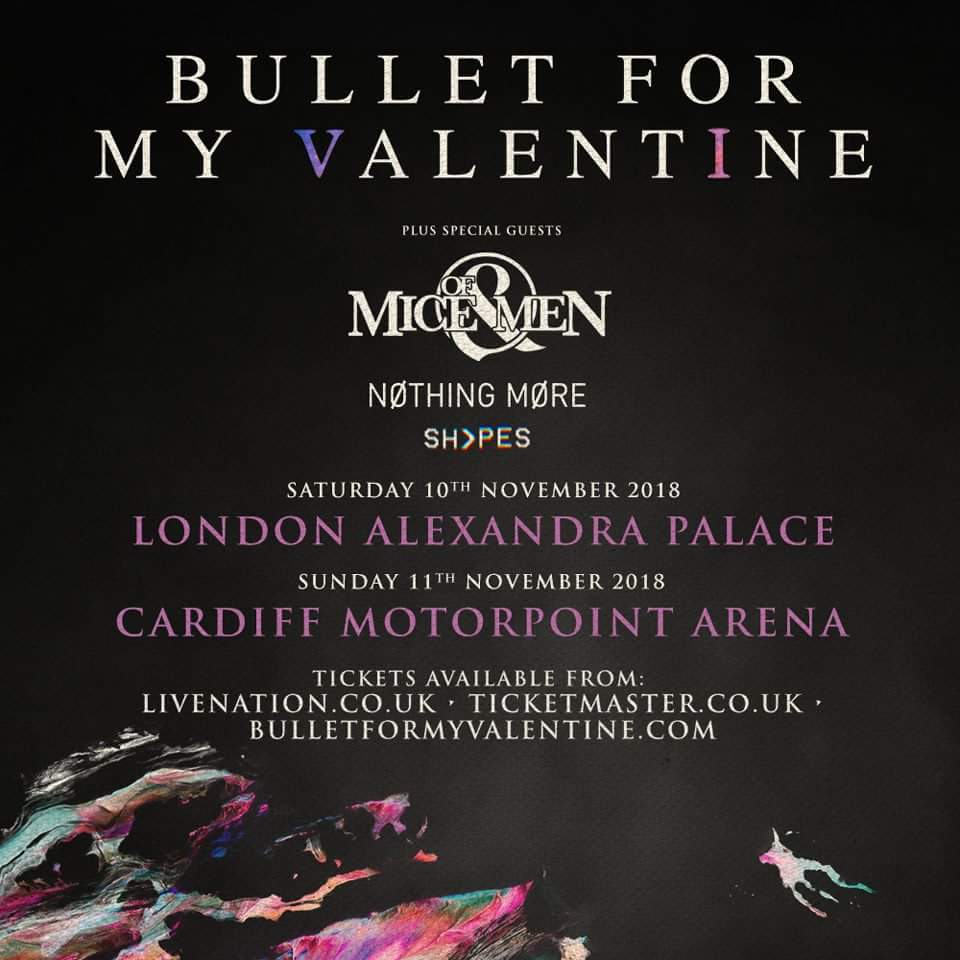 Shvpes have announced they will be joining Nothing More & Of Mice & Men on Bullet For My Valentine‘s November double header. The previously announced shows will be the single largest of BFMV’S careers and their only non festival UK dates in the remainder of 2018. Their new album “Gravity” is out now. 10th London,
Read More