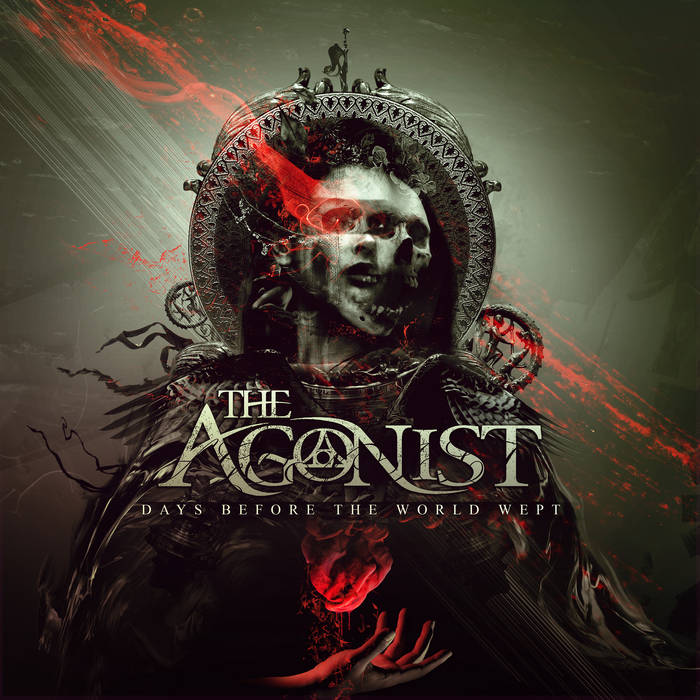 Bassist Chris Kells from Canadian Metallers The Agonist throws other members of his band under the Digital Tour Bus with this crazy tour story from a run with Death Angel and Devildriver that is best served around a campfire with a bottle of Bombay Sapphire. They recently released EP “Days Before The World Wept” to
Read More

After last week’s incredible “How We Wrote Anthology” from Carcosa appeared via Gear Gods, the latest in the series sees fellow Canadians The Agonist deep diving into how they wrote their recently released EP “Days Before The World Wept” produced by Christian Donaldson (Beyond Creation, Cryptopsy, Despised Icon). Last year saw the Montréal Québec natives
Read More

A lack of bands rolling through Chicago Illinois may have slowed the main output of Digital Tour Bus and those Bus Invaders videos we all love, but it hasn’t brought them to a standstill. This time out they have Vicky Psarakis from Canadian Melodic Death Metallers The Agonist giving her tour tips as they prepare
Read More

Produced by Christian Donaldson (Beyond Creation, Cryptopsy, Despised Icon), a new EP titled “Days Before The World Wept” will be arriving from Canadian Melodic Death Metallers The Agonist on 15th October. The first single doubles as the opening track of the EP in “Remnants In Time” and has vocalist Vicky Psarakis adding in some ghostly
Read More

The Agonist frontwoman Vicky Psarakis is celebrating her birthday so she’s picked “In Vertigo” from the bands current album “Orphans” for a one take vocal performance. That would be album number six from the Montréal Québec Canada outfit who are celebrating 15 years together this year with a pair of summer Festival dates announced for
Read More

As Vicky Psarakis and Quentin Cornet continue their covers series with their take on “Eyes Of The World” by Gothenburg Sweden Melodic Death Metal masters Dark Tranquillity, we’re asking just when the Psarakis main squeeze The Agonist will begin work on the follow up to their 2019 album “Orphans“, nominated for Canadian Juno Award in
Read More

The eclectic nature of some of the weekly covers that The Agonist frontwoman Vicky Psarakis has put out alongside her partner in crime in multi instrumentalist Quentin Cornet has been quite something to behold. The pairs latest offering comes in the form of “Teardrops” by Bring Me The Horizon as Cornet uses Solar guitars with
Read More

Having announced her participation in a new crowd funded The Chronomaster Project earlier this week (which you can find out about here) The Agonist frontwoman Vicky Psarakis is back to the covers with a rendition of “Blinded by Fear” by Gothenburg Legends At The Gates. She’s accompanied by the Skull Strings and Solar Guitars endorsed
Read More

It seems crazy but “Falling Away From Me” by KoRn is now 21 years old having been released in 1999, a huge hit with over 91 million streams of YouTube of a music video that features an anti child abuse theme. The Agonist frontwoman Vicky Psarakis who replaced Alissa White-Gluz when she joined Arch Enemy
Read More