The phenomenal rise of Conjurer after their critically acclaimed album “Mire” has been nothing short of astonishing. When they stopped outside Reggies in Chicago Illinois and let the Digital Tour Bus cameras into their motorcade, it has to be some sort of career milestone moment! That was 16th September and with their collaboration with Pijn
Read More

The Mike James Rock Show caught up with Conjurer at Download Festival! Their collaborative album with Pijn entitled “Curse These Metal Hands” is on the way as the band continue to ride the wave of their hard work and success with the critically acclaimed “Mire” out now via Holyroar Records!
Read More 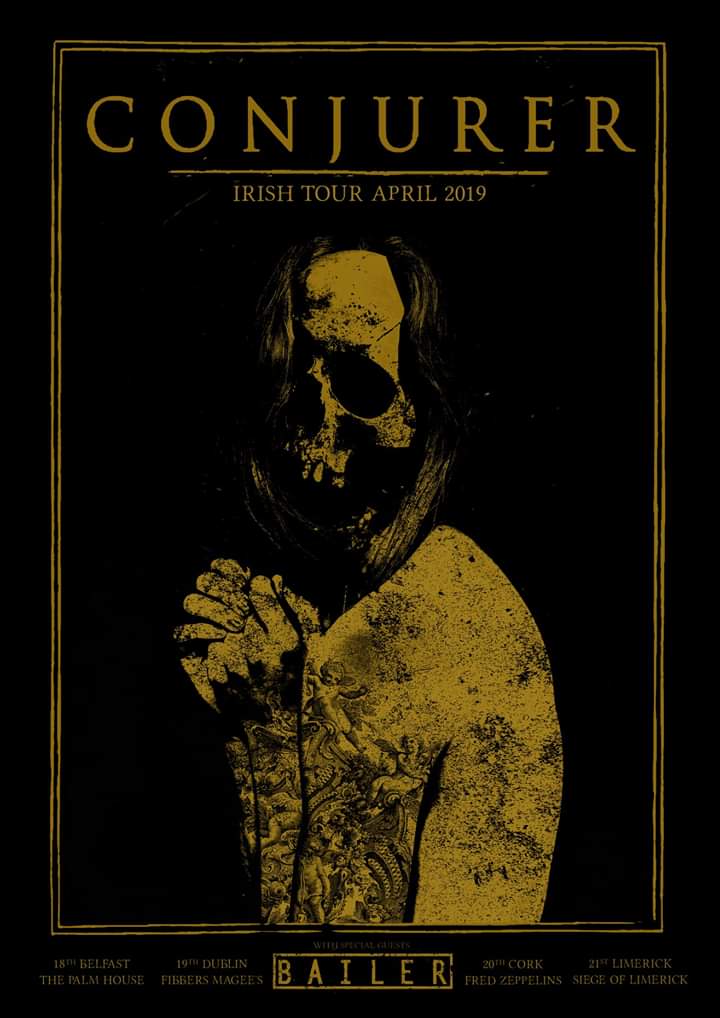 The first of what appears to be four preceeding singles for the upcoming collaborative album between Pijn and Conjurer entitled “Curse These Metal Hands” has arrived! In lyric video format, the song is “High Spirits” and comes with the news of pre-orders being available here.
Read More

Conjurer recorded a collaborative in February with Pijn entitled “Curse These Metal Hands” which will see release on 16th August via Holyroar Records. The process of writing and recording was documented in this interesting short called “Curse This Metal” and it sounds like it’s going to be a blast. Conjurer will be at ArcTanGent this
Read More