It may seem hard to believe but “Infinite // Unknown” by the sorely missed DJentlemen that were Carcer City has reached its fifth anniversary. The band may have called it a night after one final tour and a main stage performance at Tech-Fest in 2019 but our abiding memory of the band came a couple
Read More

Las Vegas Nu-Metalcore crew Distinguisher have released a music video for their emotionally charged new single “We All Suffer”. A direct follow up to their well received track “Nothing Is Real“, which surfaced 3 weeks ago, the new song sees the group showcasing their talents with their first pair of releases since their well received
Read More

“To break the cyclewould set me free, Why can’t I see, what’s in front of me, Grab the thorn so you can feel the pain, I won’t go through this again, Your sour breath stinks of rotten words“ Having broken the cycle a couple of weeks back, Melbourne, Florida skull crushing Beatdown Deathcore collective Bodysnatcher
Read More

York Deathcore quartet InVisions looked set to have a stacked 2020 of gigs but instead returned to the studio and did the one thing they were able to do, write and record their third album. Whether “Gold Blooded” remains a stand alone single or appears on that record remains to be seen but it sure
Read More

Having been quiet since declaring they were “sitting on some really cool s***” in May, a new track entitled “Kingdom of Mud” has appeared out of the blue from Trove, a band fronted by former Vanna vocalist Davey Muise. It’s the bands third single since 2017’s “Hark” and interestingly has appeared via Modern Empire rather
Read More

A first look at the upcoming new record from Long Island New York’s Kissing Candice has arisen from the black depths. Entitled “Tapeworm“, the new track will be streaming in all the usual places on 13th November, however the music video dropped on Halloween. The album itself is a crowd funded affair which had been
Read More

Making a violent return in an underground carpark are Born A New with a crushing new single in “World Of Black“, the New Jersey Metallic Hardcore outfit’s first new material since 2019’s “Eternal Isolation” broke them internationally via Stay Sick Recordings and given the video treatment by Chance Visuals.
Read More 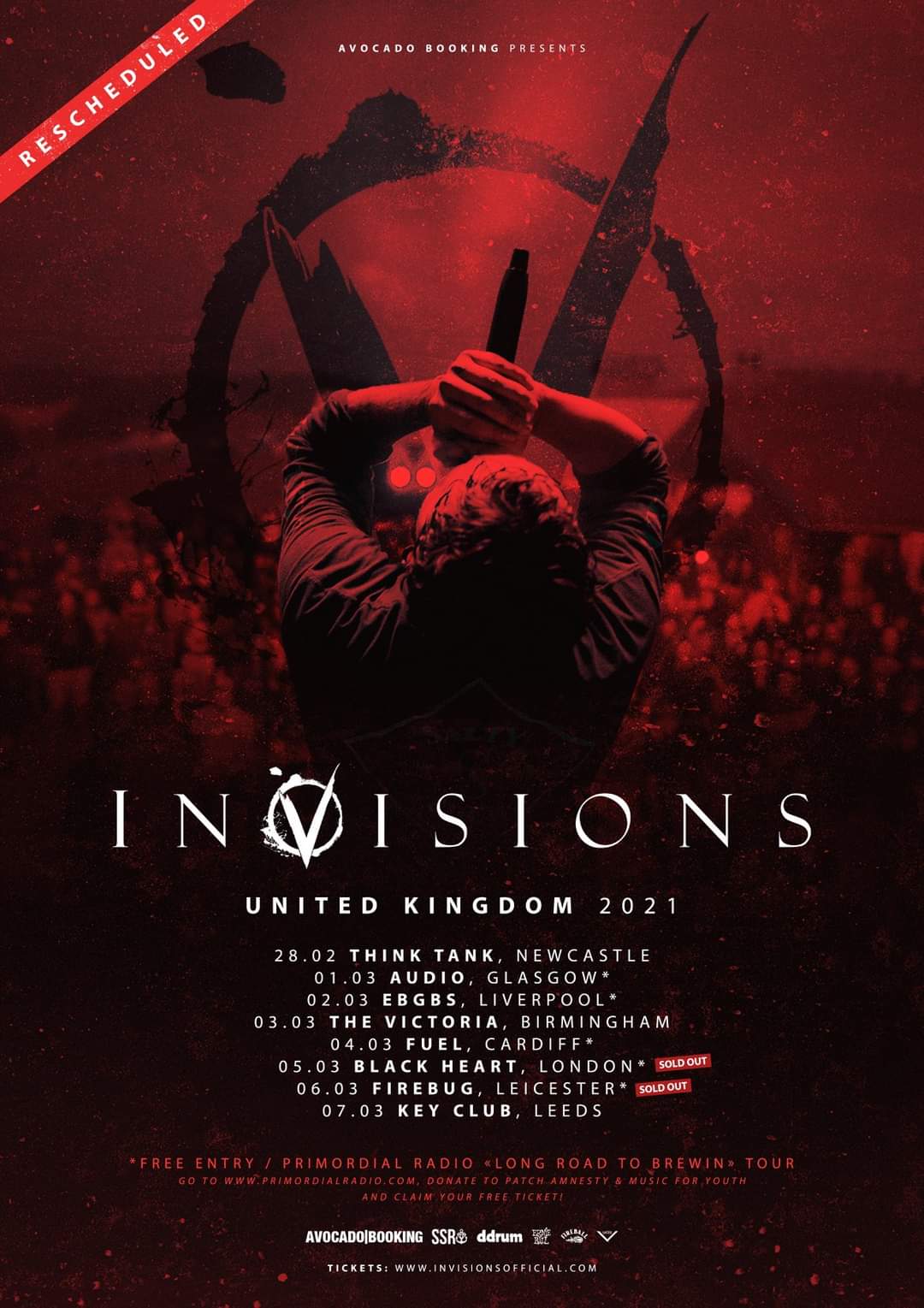 York Deathcore collective InVisions have rescheduled their Primordial Radio sponsored headlining tour for a third time as they continue to work on a new album. The promise is that new single “Gold Blooded” will be in the set with two of the dates sold out. It will take place in Spring 2021 as follows; 28/02
Read More