Last week saw the release of what has to be one of the best Thrash Metal albums of the year in “Into Blackness” by German veterans Bonded who spoke to Heavy New York in this fresh interview. The sophomore album from the group who feature former members of such legendary bands as Sodom, Suicidal Angels,
Read More

Just a few days after the release show for their debut album “Rest In Violence“, German Thrash beasts Bonded were forced to put everything on ice and wait for the subsidence of the storm of the great plague in order to continue their journey and fortunately for us, that gave them the opportunity to create
Read More

German Thrash Metallers Bonded who feature in their ranks members and former members of Sodom, Suicidal Angels and Assassin are once again preparing for war with “Into Darkness“, the follow up to 2020’s critically acclaimed “Rest In Violence“. Once again teaming up with producer Cornelius Rambadt (Sodom, Disbelief, Onkel Tom) at the Rambado Recording Studio
Read More 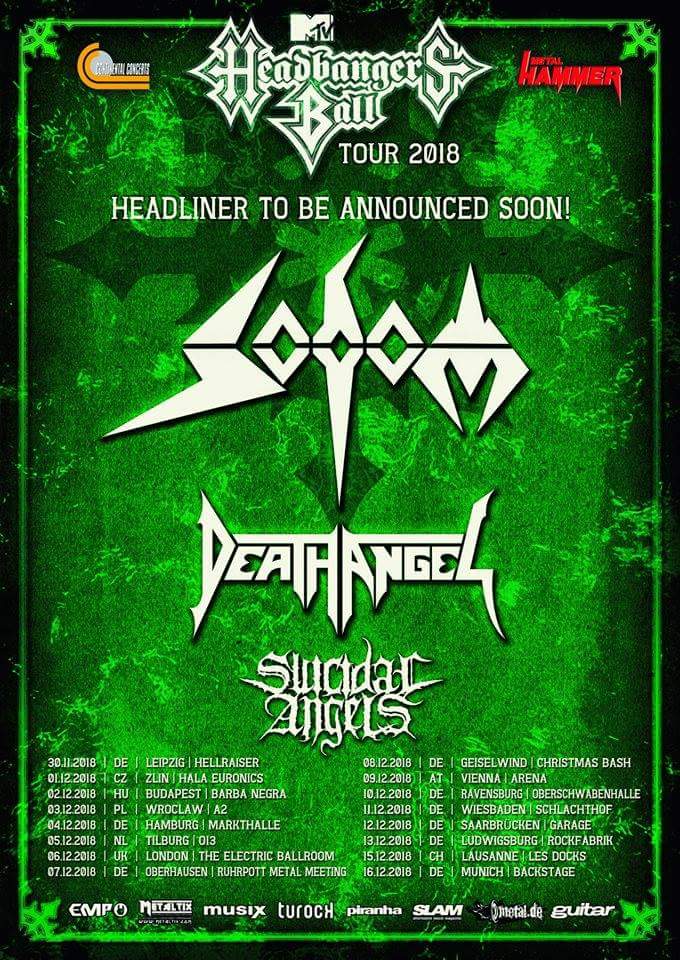 Bay area Thrashers Death Angel will join Exodus, Sodom & Suicidal Angels upon our shores on 6th December on the MTV & Metal Hammer sponcered Headbangers Ball Tour. Camden Electric Ballroom is the venue. To get you in the zone for that, here’s “Darkness Decends”  and “We Have Arrived” from their set at California Death
Read More

Metal Hammer Magazine are sponcering a resserected MTV Headbangers Ball European Tour this December. While a main headliner is still to be announced, it looks to be a classic metal line-up with Sodom, Death Angel & Suicidal Angels on the bill. A single UK show is in the offering at Camden Electric Ballroom on 6th.
Read More