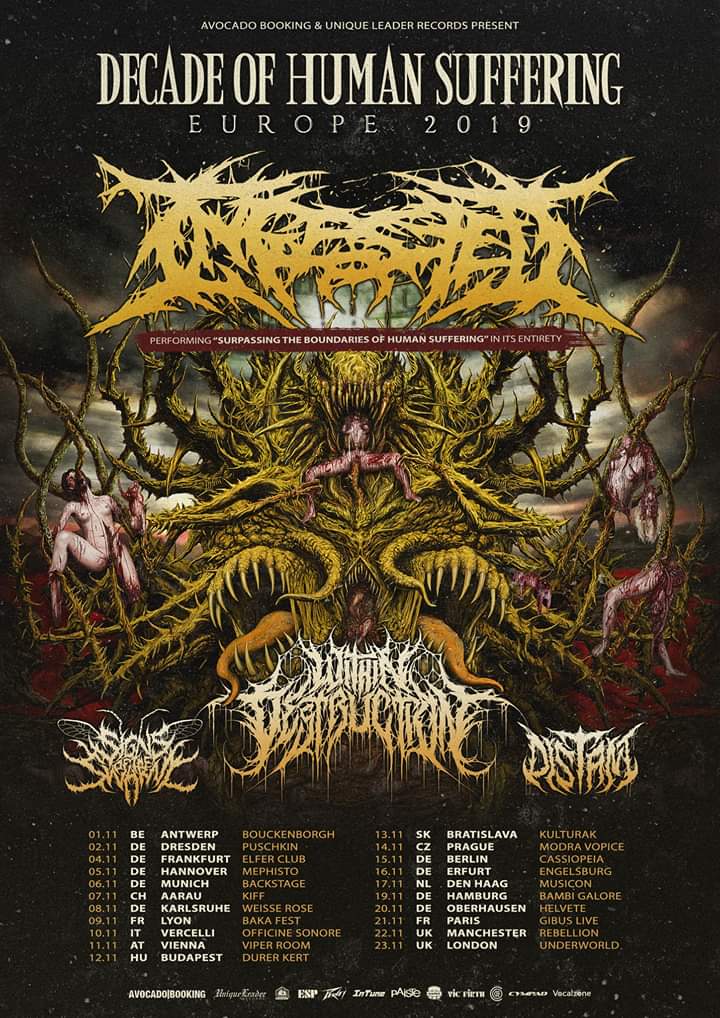 Landing for the first time ever upon Russian soil, the Brutal Slamming Death Metallers from Manchester otherwise known as Ingested continued their World tour to celebrate “Surpassing The Boundaries Of Human Suffering” reaching its 10 year anniversary with a show at Mod Club in Saint Petersburg! That was 27th January 2020 and here is the
Read More

Manchester Slam heavyweights Ingested will celebrate the 10th Anniversary of their first ever album “Surpassing The Boundaries Of Human Suffering” with an extensive headline tour across Europe. They’ll be joined by Within Destruction, Signs of the Swarm and DISTANT on the trek that takes the title Decade Of Human Suffering Tour and will close it
Read More