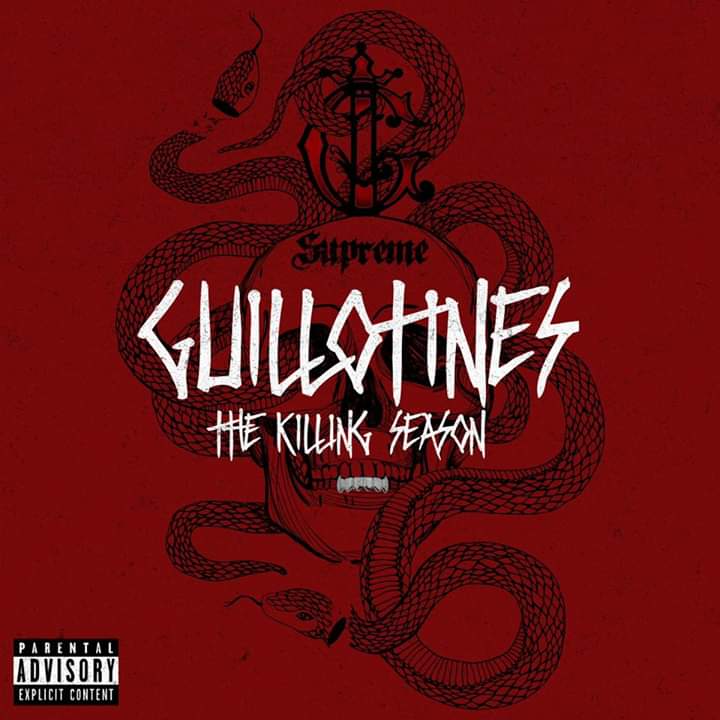 Hailing from Orlando Florida are a Guillotines, a quartet signed to Attila‘s Stay Sick Recordings and calling themselves “Musical Mercenaries” and promising to “break down precious heavy metals, while simultaneously pressurising hardened rock elements and infusing the liquid fire of molten hip-hop; casting it together and encasing it all in the highest form of superior
Read More

As the countdown to the release of their new album “The Killing Season” on 18th January (Friday) continues, Stay Sick Recordings latest offerings Guillotines are streaming another Nu-Metal inspired track entitled “Step On Scene”. As with the previous single “Song of the Guillotines” it may inspire or put you off with seemingly polarised popular opinion
Read More

Stay Sick Recordings latest signings Guillotines have premiered a Nu-Metalcore single entitled “Song of the Gillotines”. It’s a forerunner for their upcoming album “The Killing Season” which will be bustin’ out your head set (sorry) on 18th January. If you fancy it, the usual pre-order bundled offerings are here
Read More