Filmed at Kesselhaus Wiesbaden, Germany on 7th March 2020 here are “Gravity” and “Real Thing” cut from the set of none other than Turnstile. The Baltimore Hardcore quintet are ripping up “Time & Space” across Europe at the moment with Gag, One Step Closer and Giltterer with a trio of UK dates in the next
Read More

The second official release from Unify Festival 2019 at Tarwin Lower Victoria Australia is “Real Thing” from Turnstile! Their Will Yip produced “Time And Space” will turn a year old later this month.
Read More

Baltimore Maryland hardcore crew Turnstile will be back upon our shores with support from Wicca Phase Springs Eternal and Big Cheese in October! Their Roadrunner Records debut “Time & Space” is out now. They were only here in July! They must love us! 23rd Cardiff, The Globe 24th Glasgow, Classic Grand 25th Birmingham, The Mill 26th
Read More 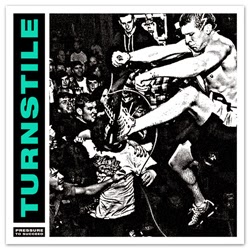 There is a lot of hype around Baltimore Maryland hardcore punk crew Turnstile since their February released major label debut album “Time and Space” which appeared via Roadrunner Records. Here’s a full set from them in Bangkok Thailand so you can check them out!
Read More