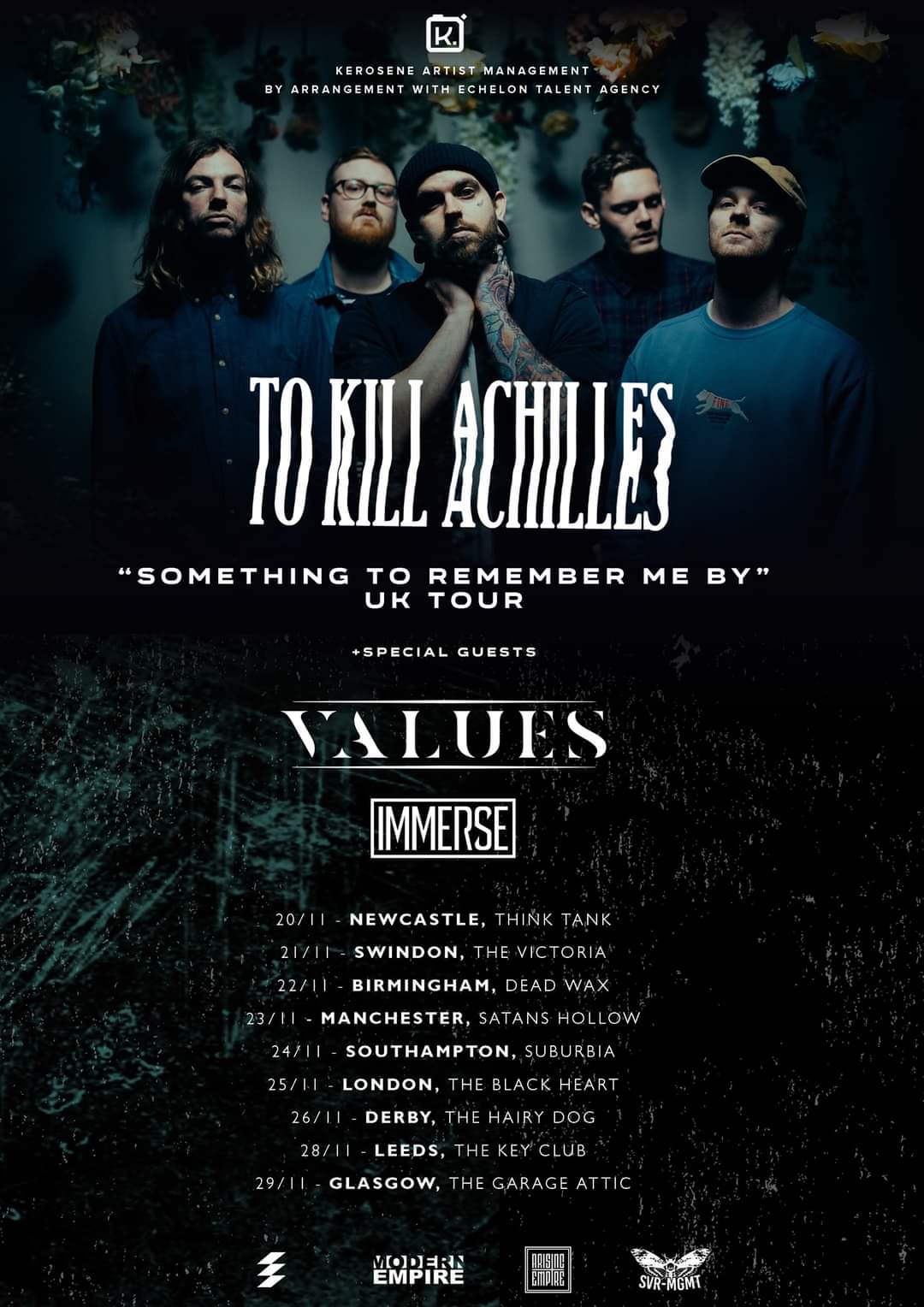 …the success of Dundee Scotland Alternative Metallers To Kill Achilles has been nothing short of awe inspiring and having inked a deal with Arising Empire for the emotional journey that is “Something To Remember Me By“, it has been getting all the promotional power the label can give. The latest single is “Black Marble” and
Read More

Not only does To Kill Achilles guitarist Larry give us a playthrough of “Luna et Altum”, one of both his and our favourite tracks on the bands new album “Something To Remember Me By” which appeared a couple of weeks back. No, the band also use it to talk about Metal for Nepal’s “Warm Smiles”
Read More

In the aftermath of the rather deep and emotional piece of work that is “Something To Remember Me By” from To Kill Achilles, their debut for Arising Empire, they’ve taken a moment to break down the lyrics not just for one song, but for the whole album, telling the stories behind the material.
Read More

Whether its the final single and music video from their day old new album “Something To Remember Me By“, described by Gecko as “A rather deep and emotional piece of work“, remains to be seen but with “There’s No Easy Way To Say This…” given a release day appearance, the bands new label home Arising
Read More

The stream of high quality singles from Scottish Arising Empire signings To Kill Achilles continues with “Luna et Altum” which comes complete with music video. Each of the songs will appear on the bands debut for the label “Something To Remember Me By“, which will appear on 5th February 2021. No cheesy Ozzy Osbourne covers.
Read More 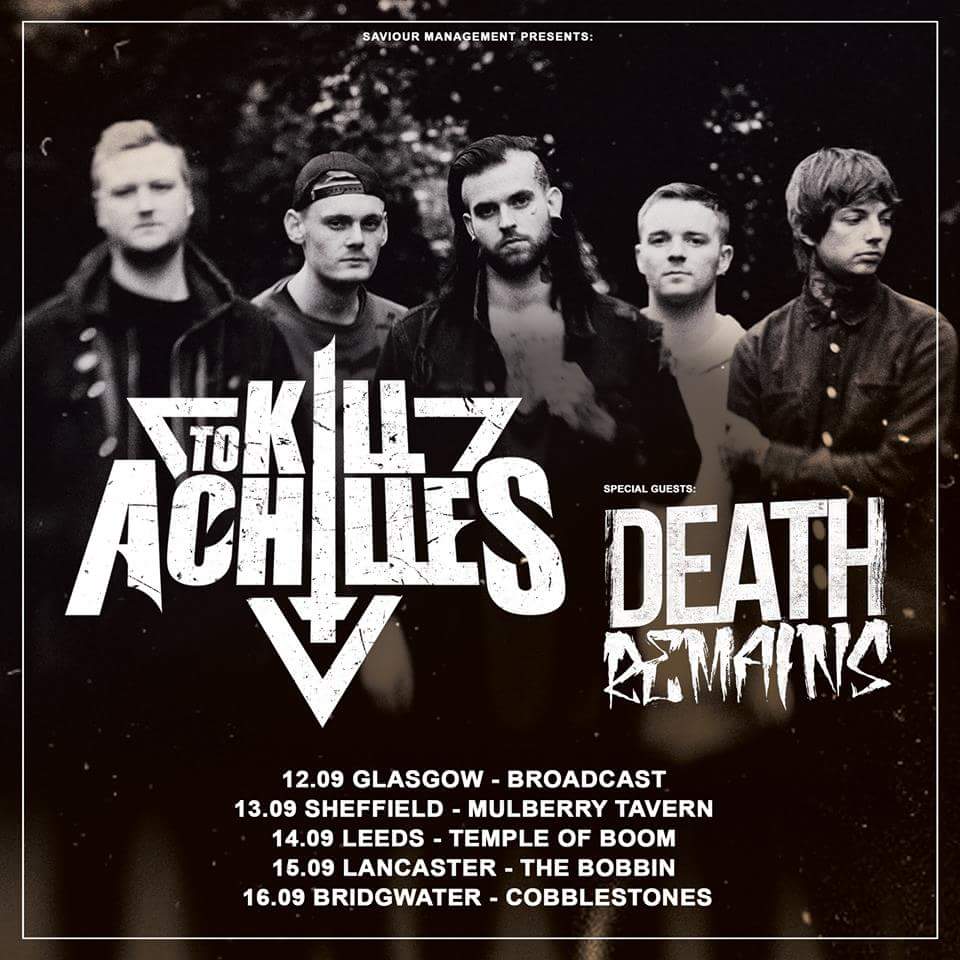 Continuing a run of singles since signing for Arising Empire, To Kill Achilles find new depth with “Oh God I’ve Never Felt This Low“. The Dundee Scotland based Post Hardcore act who are endorsed by Ibanez guitars have allowed vocalist Mark Tindal to bare his soul and matched his qualities with theirs musically.
Read More

Mid August saw a new single from Scottish Metallers To Kill Achilles, the first since the announcement of their signing to Arising Empire (Heart of a Coward, Landmvrks) for a debut full length and while that release remains unnamed and undated, the band have now unveiled a second new track in “21:36“, a song that comes with
Read More

Having announced their signing to Arising Empire (Heart of a Coward, Landmvrks) for a debut full length, Scottish Metallers To Kill Achilles have released their first single “Beautiful Mourning” from the as yet untitled and undated affair. It’s widely expected that the quintet will be on a bigger name European tour trek when the album
Read More