One of the final tour runs to squeeze in before lockdown in March saw Turnstile share a view in Europe, including a stop at The Garage in Glasgow on 11th Wednesday March 2020. No one saw it coming and not many can currently see and end, so from that show and filmed by David Tan,
Read More

Olympia, Washington Hardcore Punks Gag may not have released any new material since January 2019 but they sure know how to put on a show. If you need evidence, look no further that this pro-shot full set, recorded multi cam style by David Tan, Kathryn McBride, Greg Hall & Ross Hutton. Capturing Gag at their
Read More

It’s a long ass way from Wilkes Barre Pennsylvania to Glasgow Scotland but that didn’t stop One Step Closer from joining Turnstile, Glitterer and Gag at The Garage on 4th March 2020. The Hardcore quintet, who dropped their six track debut “From Me To You” on Triple B Records in January 2019 are way past
Read More

Thursday 11th March saw Turnstile arrive in Glasgow Scotland for a stop on the “Share A View in Europe” tour with Gag, One Step Closer and Glitterer. The Roadrunner Records signings were filmed multi-cam style by David Tan, Kathryn McBride, Ross Hutton and Greg Hall so you can get the best ‘I was there!’ feeling.
Read More

Filmed at Kesselhaus Wiesbaden, Germany on 7th March 2020 here are “Gravity” and “Real Thing” cut from the set of none other than Turnstile. The Baltimore Hardcore quintet are ripping up “Time & Space” across Europe at the moment with Gag, One Step Closer and Giltterer with a trio of UK dates in the next
Read More

Baltimore Maryland Hardcore crew Turnstile will be back upon our shores with Gag, One Step Closer and Glitterer in March, while hitting up some bigger venues than their last time around the Sun. Their 7th January split with Mall Grab entitled “Share A View” gives it’s name to the trek! 9th Manchester, Academy 2 10th Bristol,
Read More 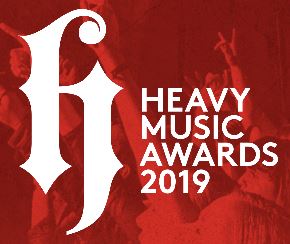 It’s that time of year again! The Heavy Music Awards 2019, sponsored by EMP has opened the doors and is letting you cast your all important vote here. Want to know what you’re voting for? Well… All we’re going to say is there is one band that features far more prominently than any other…
Read More

The second official release from Unify Festival 2019 at Tarwin Lower Victoria Australia is “Real Thing” from Turnstile! Their Will Yip produced “Time And Space” will turn a year old later this month.
Read More

Baltimore Maryland hardcore crew Turnstile will be back upon our shores with support from Wicca Phase Springs Eternal and Big Cheese in October! Their Roadrunner Records debut “Time & Space” is out now. They were only here in July! They must love us! 23rd Cardiff, The Globe 24th Glasgow, Classic Grand 25th Birmingham, The Mill 26th
Read More