The return of the much loved, talked about and missed Vio-Lence has been an interesting one to follow but their new EP “Let The World Burn” has proven that they still have plenty of gas in the tank and won’t simply be a nostalgia act going forward. The Thrash Metal overlords were caught on camera
Read More

Most crime scenes speak for themselves. Dead body. Murder weapon. Sirens. Tracking at Trident Studios with Juan Urteaga (Machine Head, Exodus), mixed by Tue Madsen (Dark Tranquillity, Heaven Shall Burn) and mastered by Ted Jensen (Alice In Chains, Death Angel) should be more than enough to get your attention before you know we’re talking about
Read More

A band of whom myths and legends are spoken, Bay Area California Thrash veterans Vio-Lence returned with the highly anticipated “Let the World Burn” not so long ago are celebrating with a guitar playthrough video for “Flesh from Bone“. Tracked at Trident Studios with Juan Urteaga (Machine Head, Exodus), mixed by Tue Madsen (Dark Tranquillity, Heaven
Read More

Ahead of next the release of “Let The World Burn” via Metal Blade Records next month, Oakland Californians Vio-Lence have premiered a music video for the title track. Originally formed in 1985 before splitting after a trio of seminal albums without reaching a decade of destruction, the new record represents their first new material in
Read More

Taken from their debut full length “Connection Lost“, Dundee Thrash Metal outfit Catalysis have shared a music video for “Devils In The Panic Room“. The album is an absolute Monster, released back in the summer with a pair of six string legends in Phil Demmel of Vio-Lence and formerly Machine Head as well as Joey
Read More

Taking and taking you through everything from writing, pre-production, recording, mixing and mastering, Scottish Metallers Catalysis leave no stone unturned in this documentary about the making of their debut album “Connection Lost“, an album that sees a pair of six string legends in Phil Demmel of Vio-Lence and formerly Machine Head as well as Joey Radziwill of  Sacred
Read More 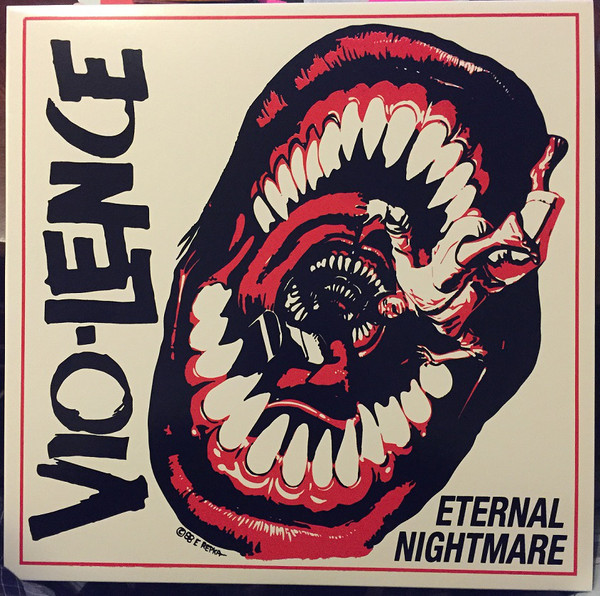 Much to our surprise, California Thrashers Vio-lence have returned with a cover of “California Uber Alles” by Dead Kennedys and even more interesting, the band have gone in house for their knob twiddling with bassist Christian Olde Wolbers, formerly of Fear Factory doing the Engineering, Recording and Mixing. If this is a sign that the
Read More

Representing a choice collection of their influences with their t-shirts, including Aborted and Harbinger, Scottish Metallers Catalysis have smashed the mirror and unleashed their demons with a music video for the title track of their debut full length “Connection Lost“. The album drops 24th July and features guest appearances from a pair of six string
Read More