Tag: You’re Not You Anymore

Hamilton Ontario Canadian’s Counterparts are a quintet that describe themselves as being Metalcore or Melodic Hardcore in equal measure but in reality are much harder to pigeon hole. As a band they’re seriously loved the World over by Metal and Hardcore fans alike and at the smaller shows we’ve never witnessed more fans on stage
Read More 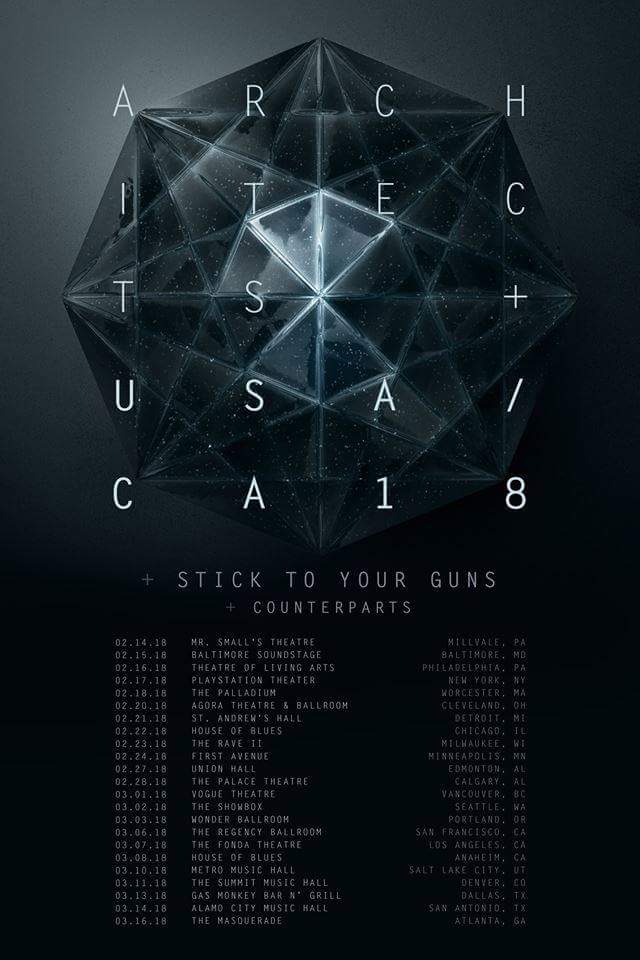 Currently out in the US with Architects and Stick To Your Guns, here’s a full set from Hamilton Ontario Canada natives Counterparts. The set is from the 9th March stop at Chain Reaction in Anaheim CA. The bands brilliant metallic hardcore album “You’re Not You Anymore” is out now. Setlist
Read More

Hamilton, Ontario Canada native hardcore punks Counterparts have continued to enjoy the limelight of late with the release of their current, critically acclaimed album “You’re Not You Anymore”. The band have switched up the production value and released a mini movie style of music video for the album title track rather than the usual performance
Read More

Playing their home town of Hamilton, Ontario in their native Canada on 22nd September 2017, here’s the Pro-Shot full set from Counterparts “You’re Not You Anymore” album release show. You’ll get the full hardcore vibe with the camera being in the pit and in constant motion, rather than the usual static affair. Setlist
Read More

10,000 people have arrived at London’s Alexandra Palace, having travelled far and wide to be at the only UK date of Architects, While She Sleeps & Counterparts European tour. Indeed, Norwegian, Spanish and Dutch are all heard in the queues that form outside the iconic venue before tonight’s show.  Hamilton, Ontario, Canada natives Counterparts [8/10]
Read More

Canadian post hardcore  crew Counterparts have released a video for “Swim Beneath My Skin” from their recently released album “You’re Not You  Anymore”. The band will be in the UK with Polar & Napoleon in November.
Read More