Having earlier this week announced the move of their August 2020 UK shows to January 2021, Symphonic Death Metallers Shadow Of Intent have now provided the kind of level of detail we didn’t get first time around. Australian Death Metallers Aversions Crown will be main support for what is now officially a European Tour trek with Deathcore savages Angelmaker and The Last Ten Seconds Of Life also on the bill. 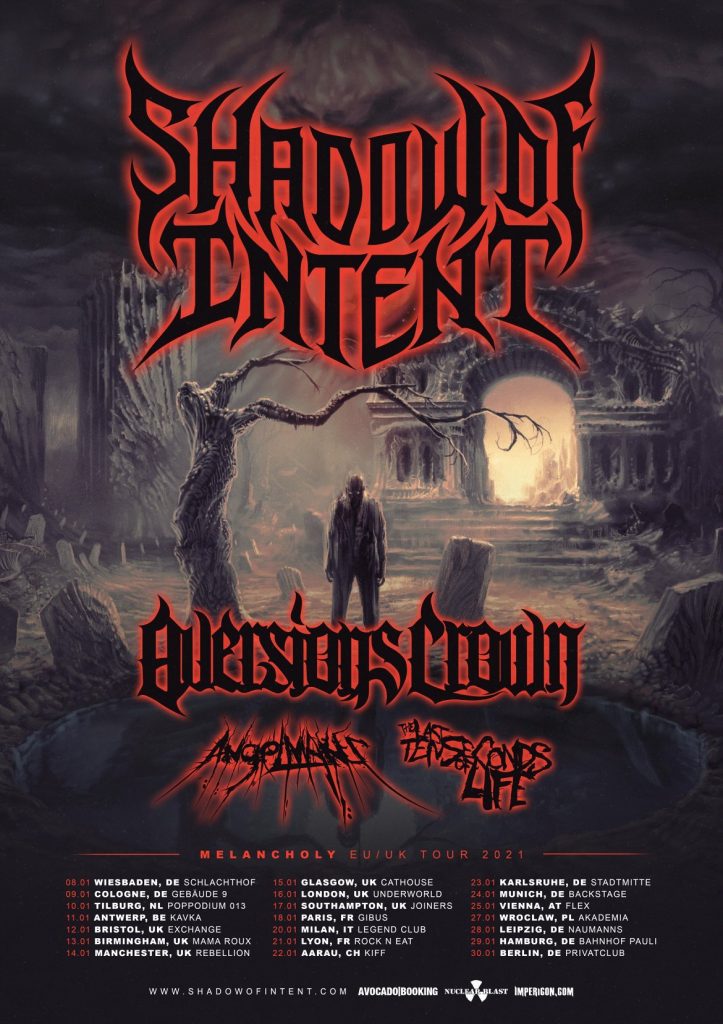